The city of Aarhus is located in Jutland, and is the second largest city in Denmark. It definitely has a better feel to it than Copenhagen, maybe because it’s got the same population as Nashville, so it feels about the right size for me.

Our first stop was the Aarhus Domkirke (cathedral) mainly because I saw the spire in the distance and thought it might be interesting. The guide book didn’t make a big deal about it but, man…it’s beautiful inside. 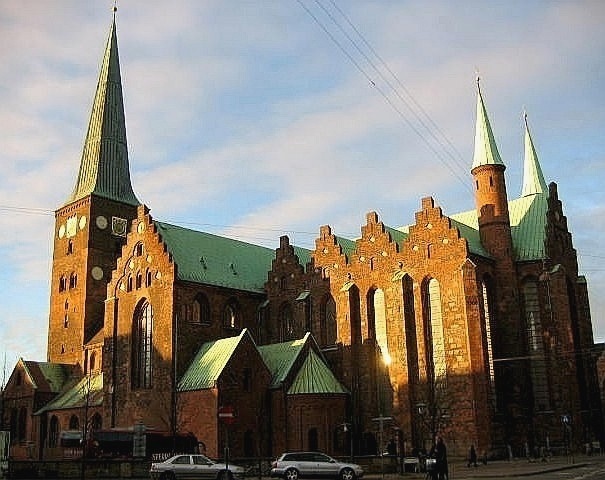 It’s dedicated to St Clemens (as in “Oranges and lemons sang the bells of St Clemens). St Clemens is the patron saint of sailors, so I am sure he’s quite a busy chap. It was started to be built in the 12th century, and was re-done after a big fire in 1330, in which much of the town burned down. It has the longest nave in Denmark (nudge nudge wink wink.) and it’s the tallest church in the country! 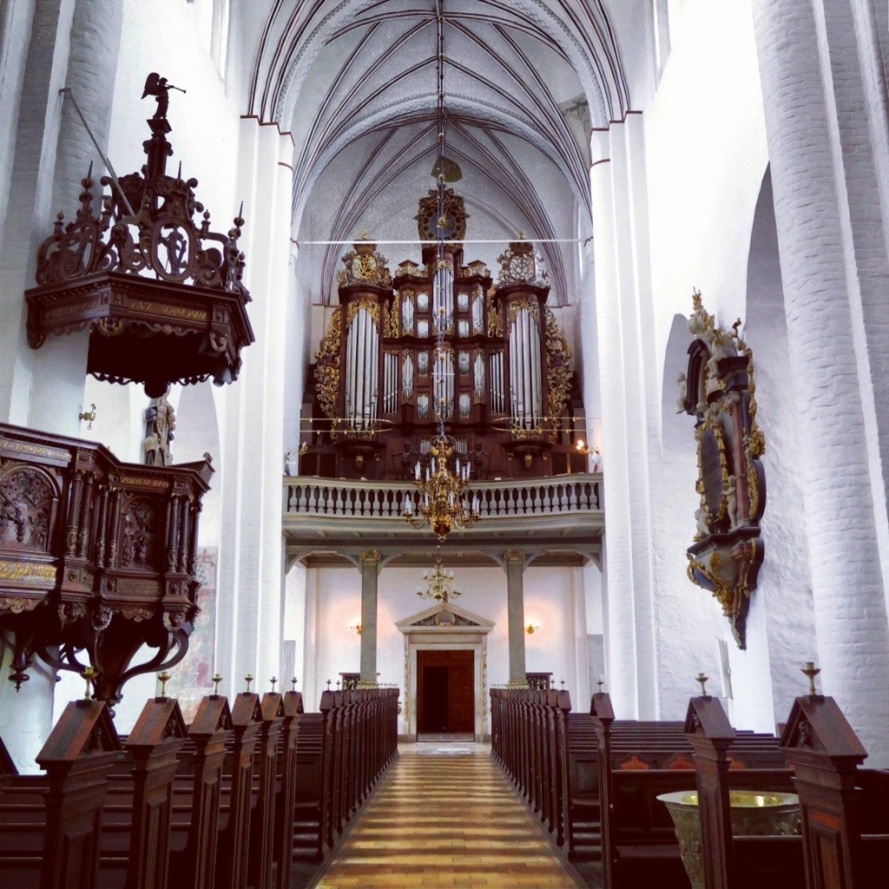 The frescos on the wall date from the 15th century and are also the tallest in the country. 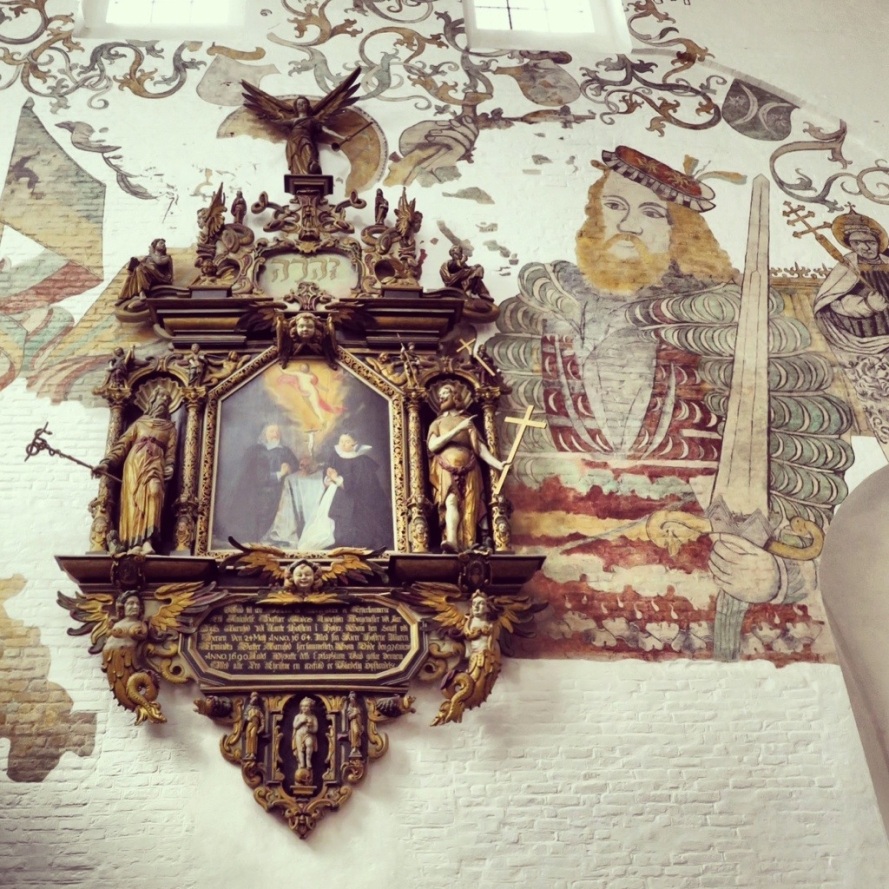 As I was wandering back to towards the entrance, I noticed that I was completely alone. Everyone who had been milling about not 5 minutes ago had now vanished. It was intense being in that church alone, I can see how people feel humbled there. Finally, a man came along and ushered me out. They closed about 5 minutes ago and I was mooching around down by the altar and missed him shooing everyone out. He unlocked the door for me with a scowl. “Tak!” John was pacing around outside…I think he thought I would be trapped in there all night and was plotting various ways to break into the Danish Guinness Book of Records’ most favorite church.

After my near-incarceration, we headed to aRos, the art museum. Aarhus must be over compensating for something because aRos is the largest art museum of Northern Europe (which for all I know could just be Denmark.) The most magnificent thing about the building itself is the Your Rainbow Panorama which was added on in 2011.

It’s a circular, 150 feet long and ten feet wide corridor made of glass in every color of the rainbow. The diameter is 52 meters and it’s mounted about 3’5″ above the top floor.

As you can see, you get to walk around it and look out at the city through various color filters. It’s a great opportunity to see little vignettes playing out around the circle. I could stand up there for hours.

Another landmark piece in aRos is Boy.

This is a gob-smacker of a sculpture by Ron Mueck (see more of his work here) He’s 5 meters high (16.4 feet) and the detail is incredible. 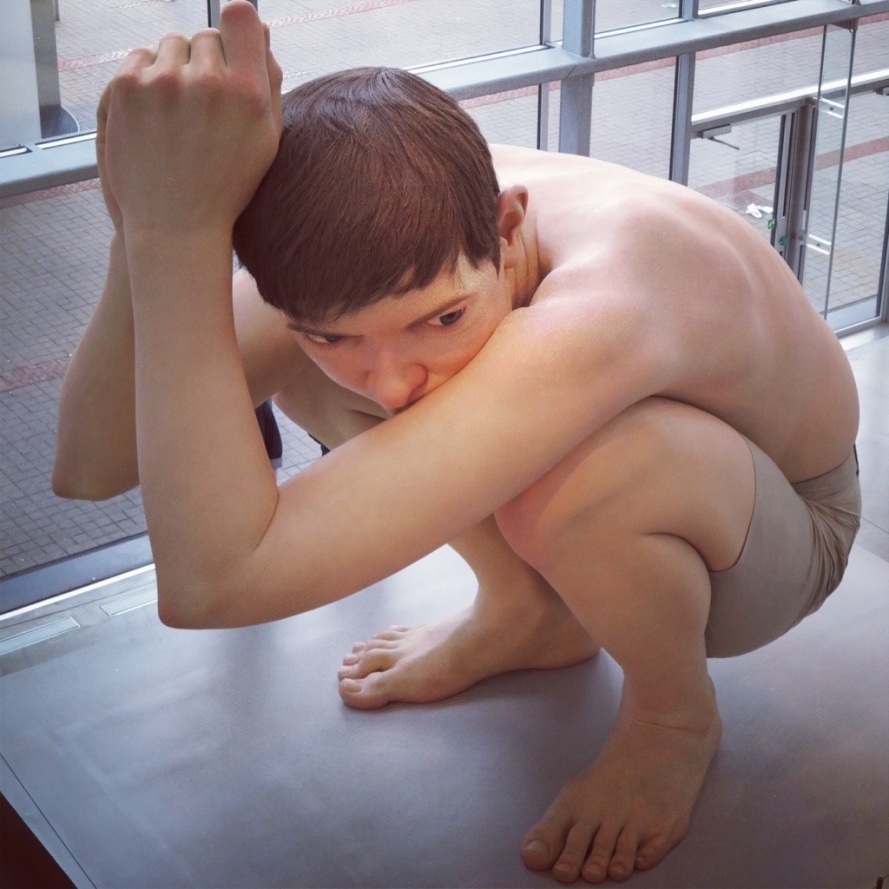 The next jewel at aRos was a special exhibit featuring the art of Wes Lang, an L.A. based artist, who had a residence at aRos for 6 weeks. He creates bad ass illustrations of grim reapers, Native American chiefs, skulls and nude women…what’s not to like?!? At one point, he was an apprentice at a tattoo shop and the iconography of classic American tattooing is present in all his work. He has done artwork for the Grateful Dead, and most recently designed the supporting merchandise of one of Kayne West’s tours (but don’t hold that against him.) 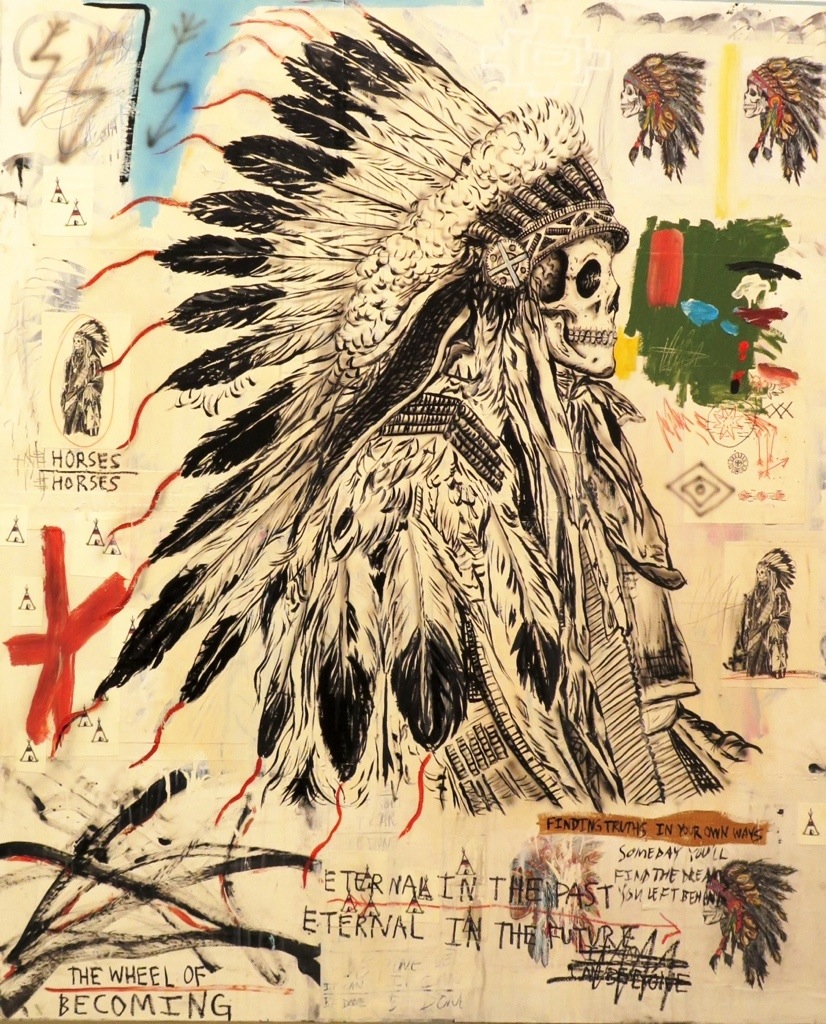 If you are searching for someething to get me for my birthday this year, anything by Wes Lang will do…thanks!

In lieu of an actual piece we got some postcards, which were written over a couple of pints in an Irish pub (with real authentic Irish people!) 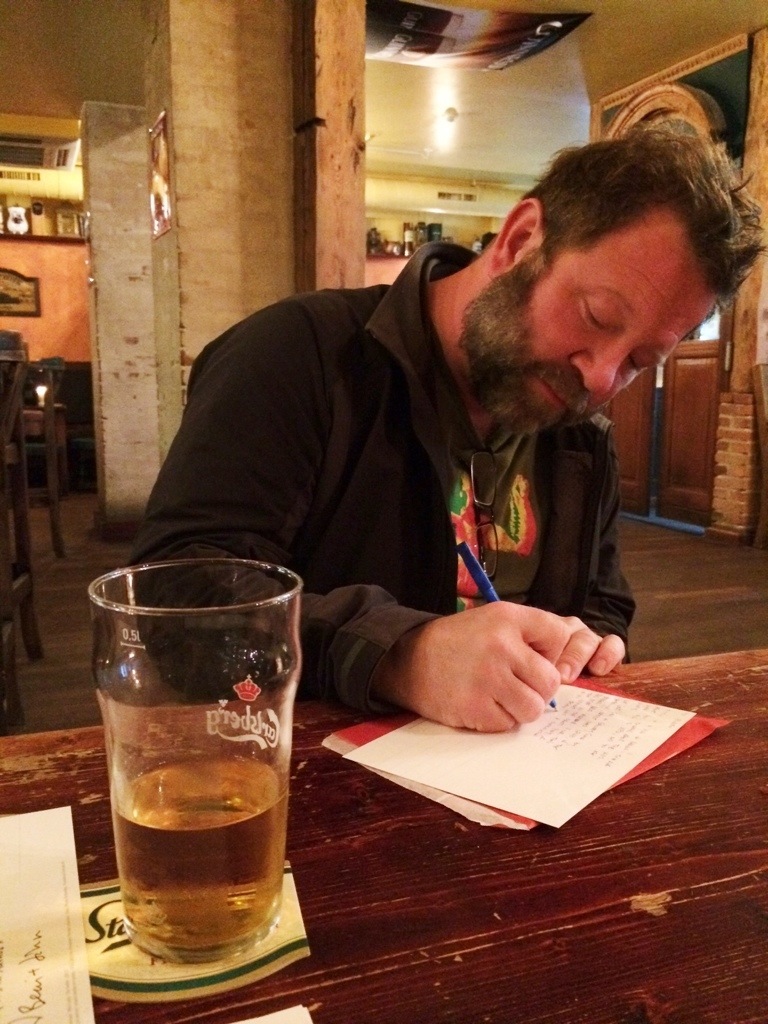 We wobbled back home to the flat and watched The Godfather, which I had never seen. All in all, a day full of amazing art!