Bergen to Oslo – Up the Hill and Back Over the Mountain

“Whisper whisper cordon bleu whisper whisper” *cough* “whisper whisper whisper revolution whisper!” Morning had broken, and Pierre and Corgette were still going strong. We were headed back to Oslo today, but not before we had 6 hours to kill in Bergen. We hadn’t purchased any groceries for breakfast, so we went out in search of Bergen’s traditional pastry, the Skillingbolle (cinnamon bun, sans gloopy icing.) In addition to cinnamon, they add cardamon, which is found in our ‘all-spice’ mixtures at home…I thought it tasted delicious, the jury is still out for John. We had to dump our bags in the lockers at the train station, so we got a cup of coffee and a bun in the station cafe. After downing my cup, I realized that I had not had a cup of coffee in over a week. I usually start the morning with tea, and decline anything at the coffee break that usually occurs along the way to our first stop of the day. The effect was almost immediate…my eyes were leaping out of their sockets and everything looked a little brighter…I noticed I was talking faster than usual. So that’s what it feels like to get a coffee buzz!

The Bergen train station gets a gold medal as it has a yarn store right by the platforms. Over the last two years, I have traveled extensively in the USA, and I have always thought that there should be a yarn store in every airport. I didn’t bring any projects on the road, but recently my socks have started to fall apart at the heel…what a perfect excuse to buy some yarn! We had a 7 hour train journey ahead of us, so I though I would get a start on a new pair of socks.

Full of coffee and buns, we strolled back into town. There were two attractions on the list…the funicular to the top of a mountain and the Leprosy Museum. Sadly, the museum was closed for the season…this was truly sad as I was planning on buying up all the postcards. We settled for the Floibanen as the main focus of the day, but we wound up crashing someone’s rehearsal ceremony in a lovely old church along the way. 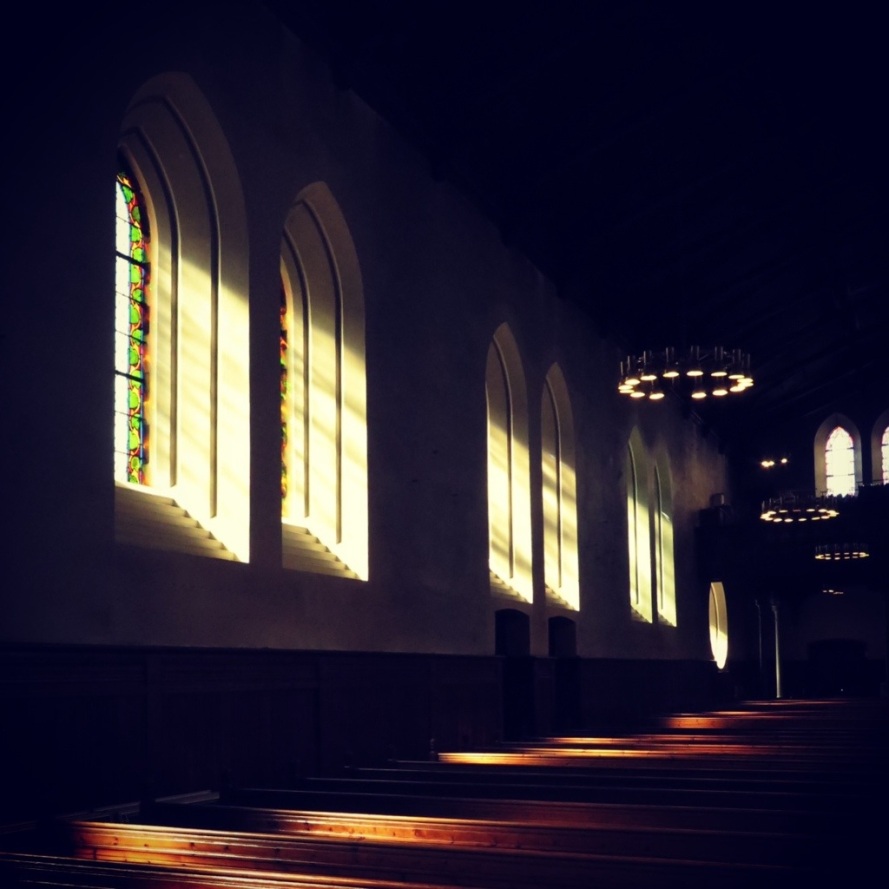 On to the main event. The Floibanan is a funicular (cliff railway) that goes to the top of the Floyen mountain. It was opened in 1918 and took four years to build. It climbs 2789 ft with a height difference of 984 ft. The view from the top was spectacular…amazingly, we are still being graced by glorious spring weather, so the visibility was superb.

We choose to walk down the hill as opposed to the funicular, which took way longer than we thought. A journey that took 3.5 minutes by train took an hour going down, switchback after switchback. 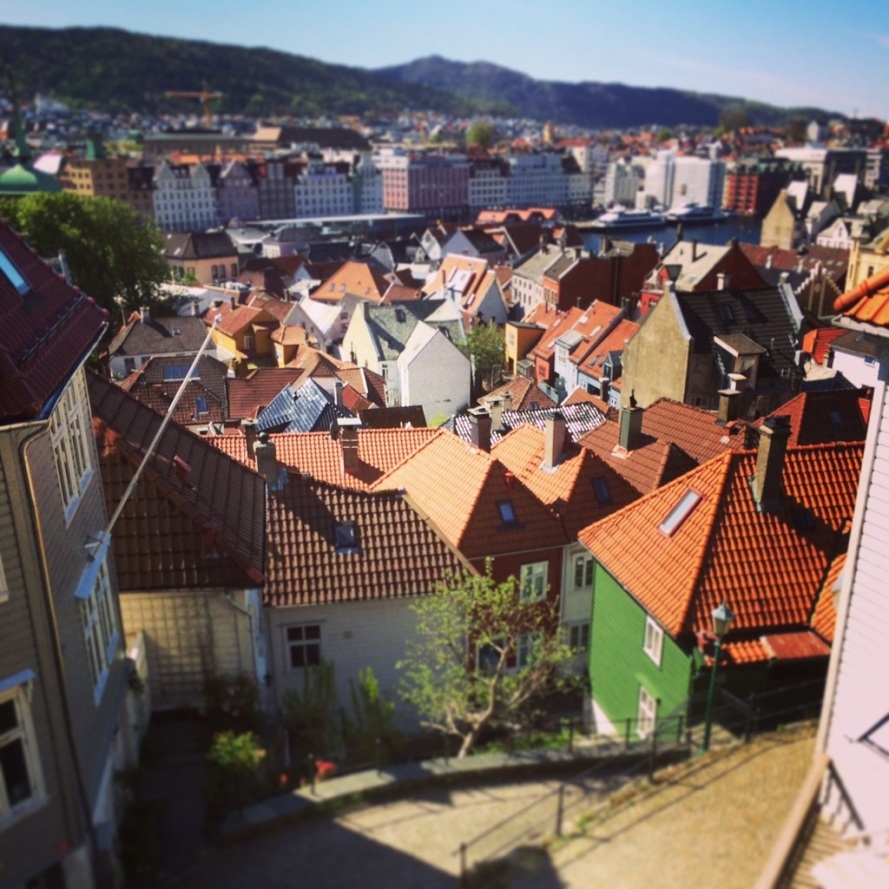 By the time we got to the bottom, our calves were aching and we were ravenous. We completely destroyed McDonalds for lunch…it was bound to happen at some point. I have no regrets.

We boarded the train back to Oslo. I stared out the window for almost the entire journey. We were on the same line as before, but our diversion to Flam meant we missed a chunk of the views. Crossing the plateau was as wonderful the second time as it was the first. I wondered about the life of the folk that live up here, so isolated. It didn’t appear to be seasonal housing, as there was a clear path that had been shoveled around each house, revealing a layer of snow sometimes 8 feet tall. Who lives up here…what do they do? In a way, it was appealing to me…if you ever want to get some skull time, rent a house up there. 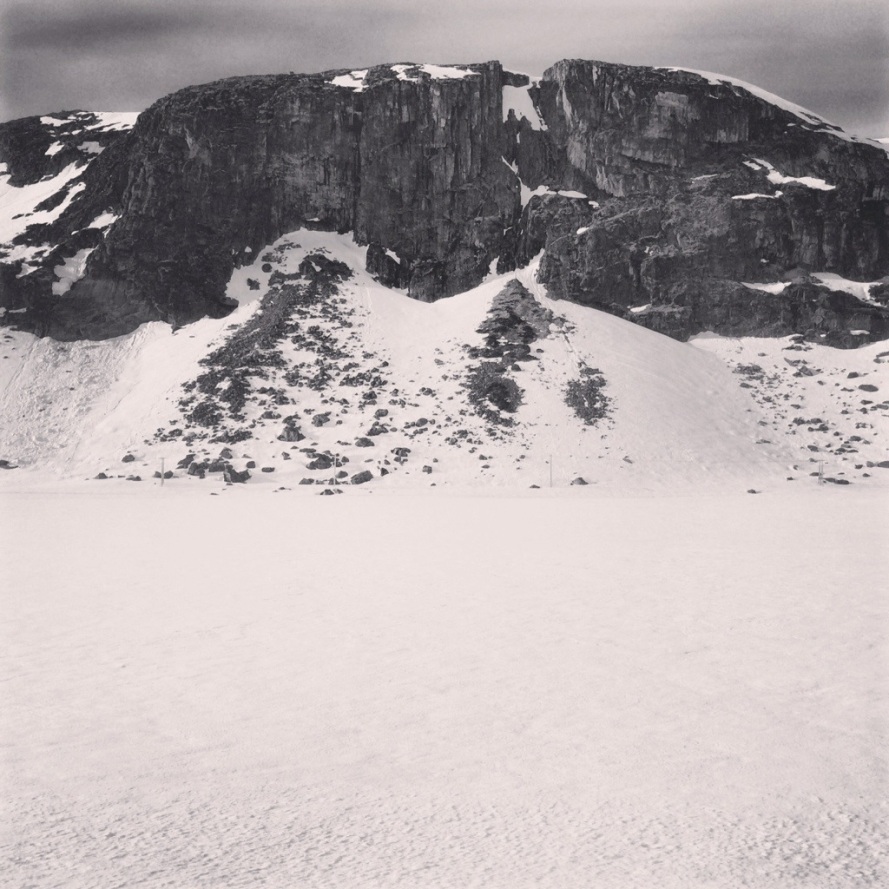 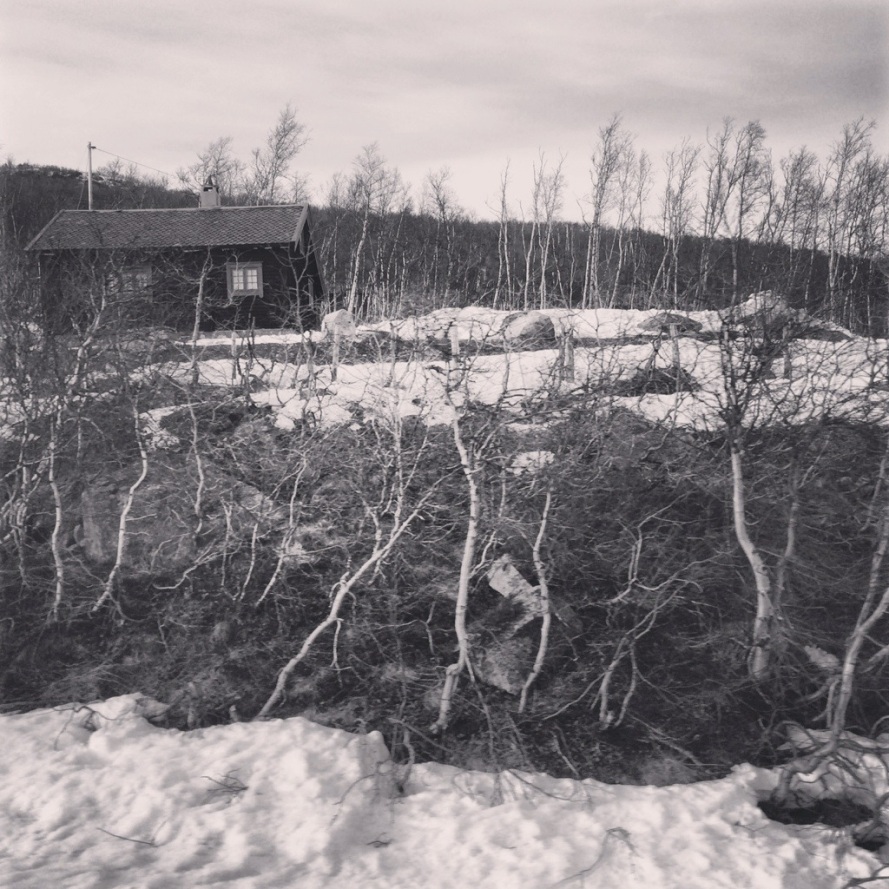 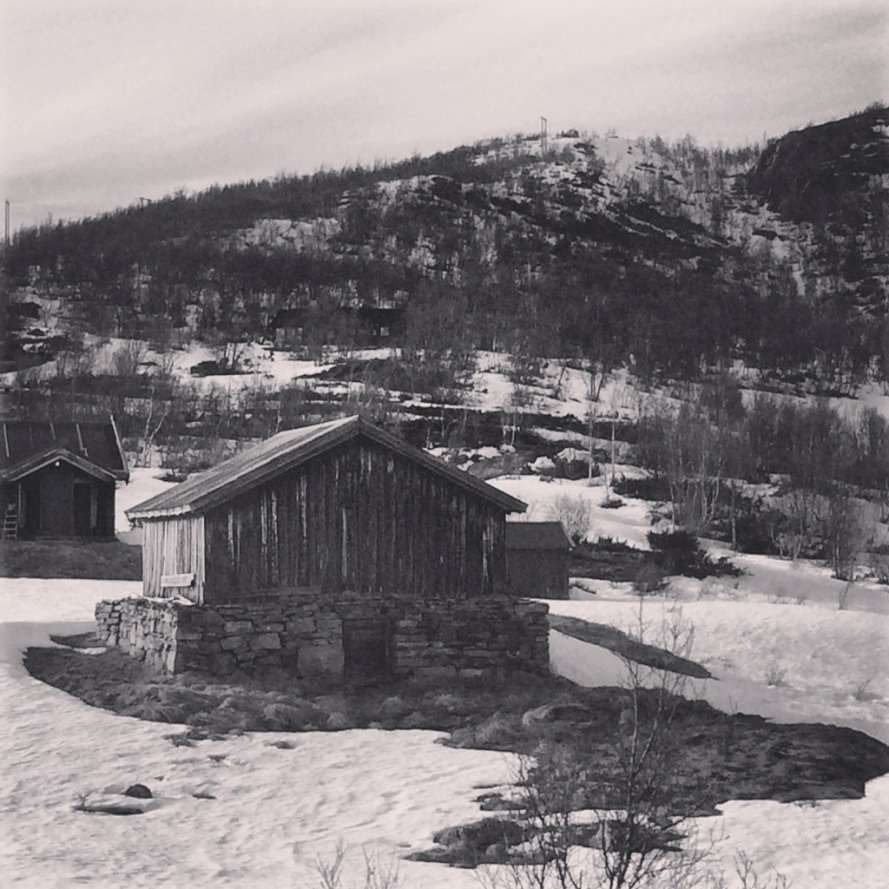 John killed 3.5 hours of the train ride by watching the Godfather II. I listened to my entire catalog of Mountain Goats and watched the scenery until the sun went down. It beats the hell out of flying, hands down. Tomorrow we return to Sweden, this time visiting Stockholm. We are spending 4 days there, unwinding and happy to be in one place. After almost a month, I think we have finally found our groove. Instead of running from one place to another, putting checkmarks on the list, we are opting for a slower pace. We both knew this would happen, but you have to find it out this way…you can’t rush the discovery. Two months to go!