Stockholm – Theater of the Absurd

Greetings dear readers, from Stockholm. We arrived here two days ago by train from Oslo. The Swedes are winning the train competition…we rode in luxury in a quiet, wood-paneled car that left on time and arrived early at our destination. Along the way we drank decent coffee and ate perfect milk chocolate. Train is the way to travel.

We arrived with enough daylight to wander through Stockholm’s Old Town. 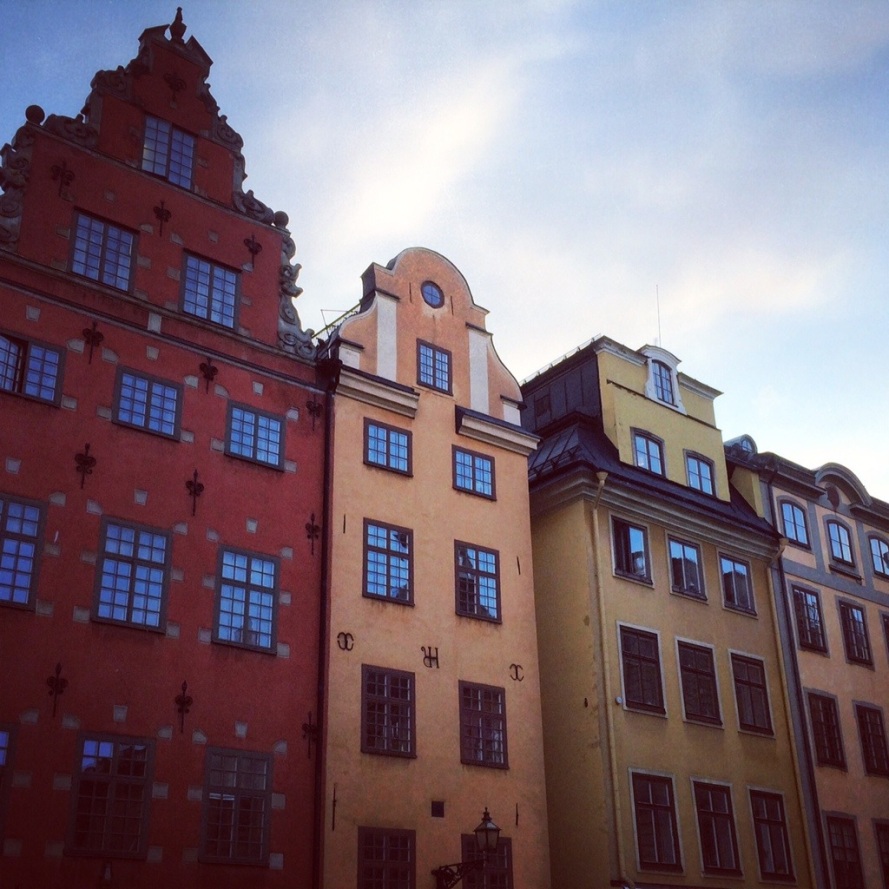 All the shops were shut, but we peered in through the windows. Swedes are weird. 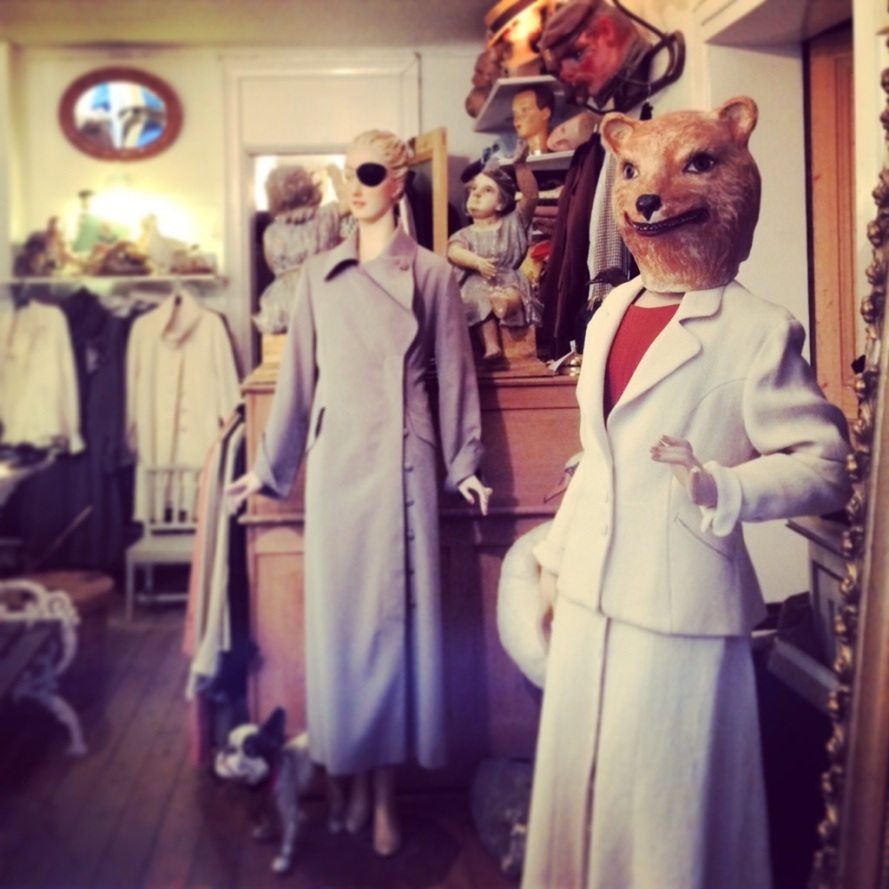 Yesterday was thus our first full day in Stockholm, and it started with an exciting trip to the laundry room in the basement of our current accommodation. Logistics are everything on a journey like this, and I was well down the road of rationalizing wearing the same underpants for the third day in a row. You can wear the same pair 8 times, you know, via various combinations of turning them backwards, inside out, and upside down, before they *must* be washed. I’ll explain the details of that process in a future post. But I think it safe to say that I was in desperate need of some clean clothes.

European ideas about automated clothes cleaning differ significantly from American thoughts. Dryers (known here as “tumbledryers”) are rare, and when they are present, are oddly in a different spot from the washing machine. The washing machine is often found in the kitchen. The dryer, if the laundry gods have been benevolent enough to grant you one, is generally at whatever point in the house is geometrically the farthest away from the kitchen.

I won’t bore you with the washing details; the point of this lil sidebar is that laundry in Europe is a challenge, especially when all of the icons are different and all of the words are gibberish. What you need to take away is simply this: overcoming these challenges, I have been crowned “King of Laundry” by my fellow traveller. I’m adding it to my CV.

In other travel-related learning, we have decided to make some changes to the itinerary. Our pace to this point has been high, and we have seen lots of great stuff. But we have also found ourselves struggling to remember which city we saw things in (was that in Oslo?). We have caught ourselves racing through art museums. Not cool. So we are intentionally slowing the pace of cities, and changing up what we are doing in each. Geneva got cut; Helsinki is now a day trip. But we have added to or extended the time we are spending in Tallinn and Riga. We will visit fewer art museums, we will experience more nature. We will enjoy a slower pace of city-to-city movement. 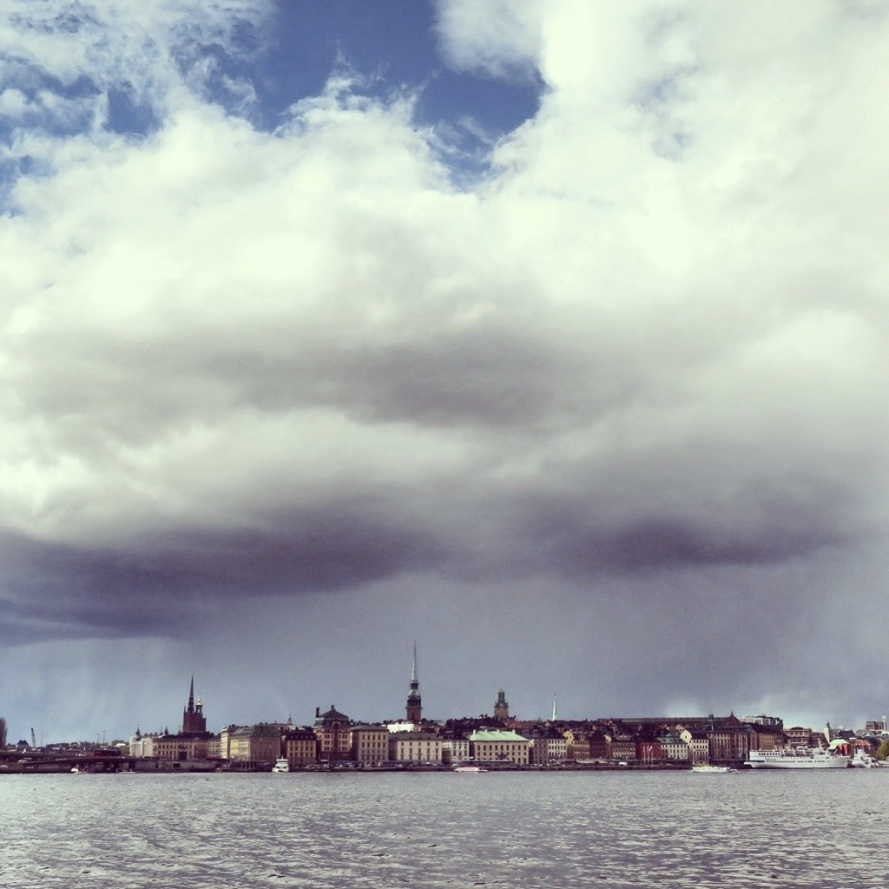 OK, on to the activities of the first full day in Stockholm. There were a couple of major events. The first was a trip to Fotografiska, a photographic art museum that rotates installations. We were fortunate to see two great exhibits while we were there. The first showed some of the work of Robert Frank. Frank is an American photographer and film maker who does a lot of candid, un-technical work that documents and comments upon everyday people and their daily lives. It is simple but very powerful stuff. He has been active since the late 40’s, and his most notable work is a book published in 1958 entitled The Americans. There were quite a few pieces here from The Americans. 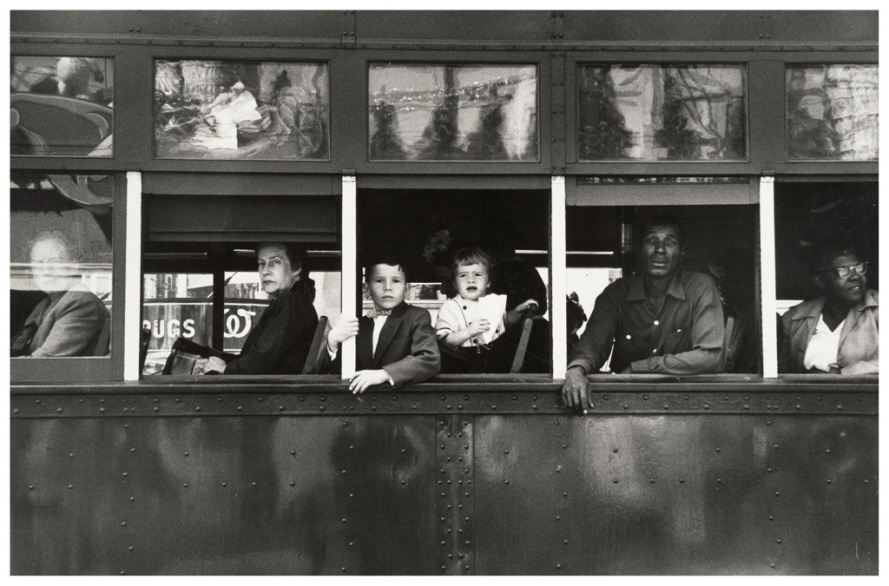 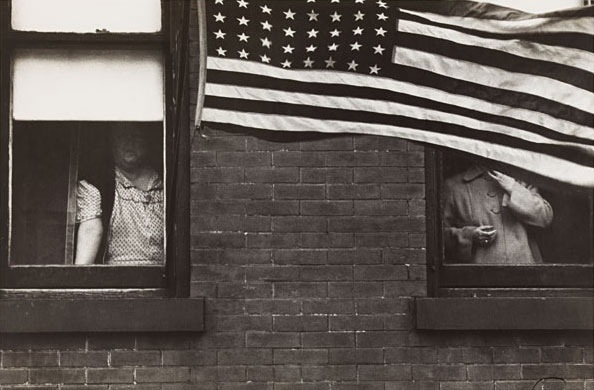 Frank is also noteworthy for having put together the artwork for the greatest album of all time (you all know that it is Exile on Main Street), and he created the controversial, unreleased Rolling Stones documentary Cocksucker Blues. 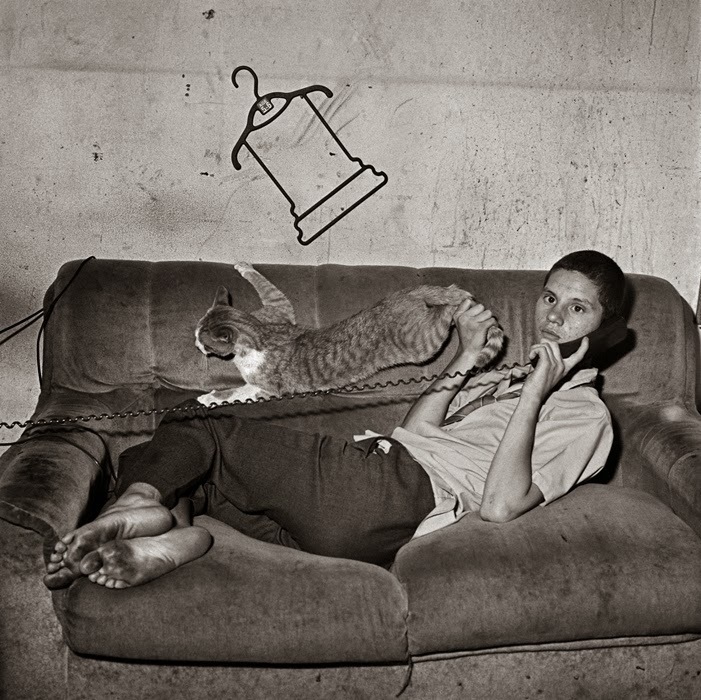 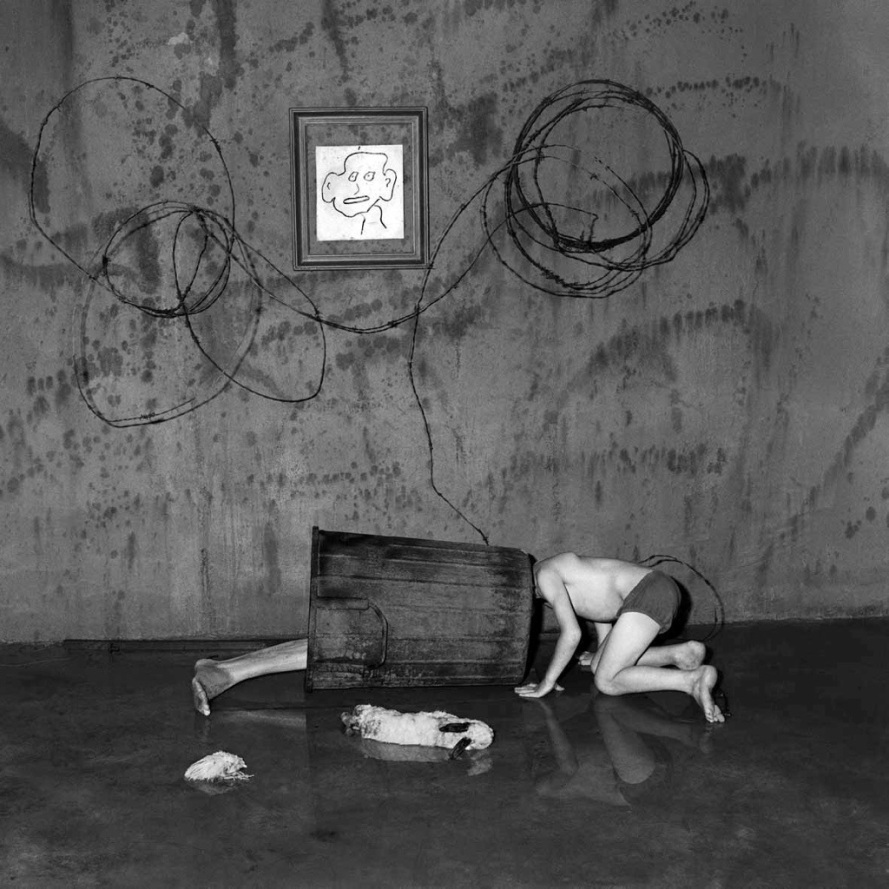 These items are often juxtaposed and arranged to produce unusual, thought-provoking, or nightmarish imagery. Some of this work was disturbing, and all of it was interesting. There were a couple of other installations as well. It was a *great* trip to the gallery.

Afterwards we ate sandwiches by the river outside Fotografiska. This is not a smelly brown river like the Cumberland, but was rather picturesque. The schizophrenic weather of Stockholm had gone from blazing sun to whipping wind (there was snow earlier.) These three panormamas were taken in 15 minutes.

We toughed it out and enjoyed our sammies and cookies. Well, I enjoyed mine. Bex alternated between lunch and freaking out about the giant seagulls that were trying to scavenge our food. I have learned on this trip that Becci *does not* enjoy invasions from food-seeking animal gangs. This lesson was first learned in the presence of the marauding Norse Picnic Goats of Denmark, and has been reinforced by the Devil Sea Pigeons of Sweden. There was a lot of jumping up and hollering. Some gesturing, and I was even cursed for encouraging these animals. Hey, seagulls gotta eat too! 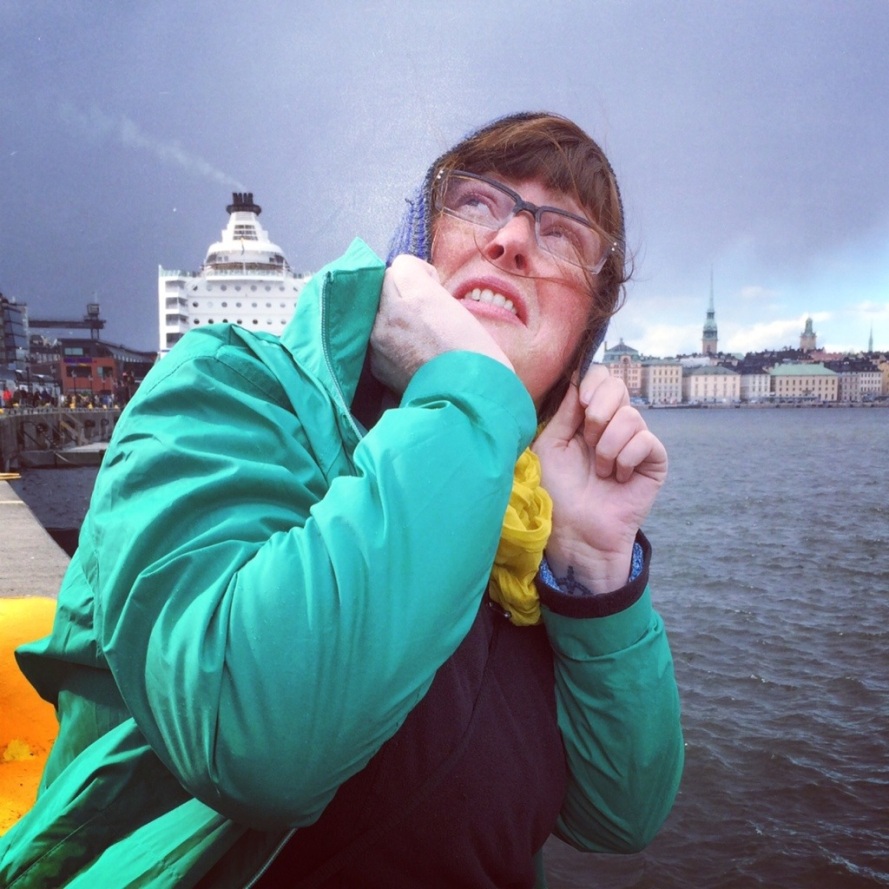 Speaking of eating, have we mentioned the *obsession* with candy here in Scandinavia? Candy stores are as prevalent in Denmark, Norway, and Sweden as Starbucks are in the US. This candy (slik) is always presented in bins, from which customers fill bags or tubs with whatever delights happen to fire their engines. 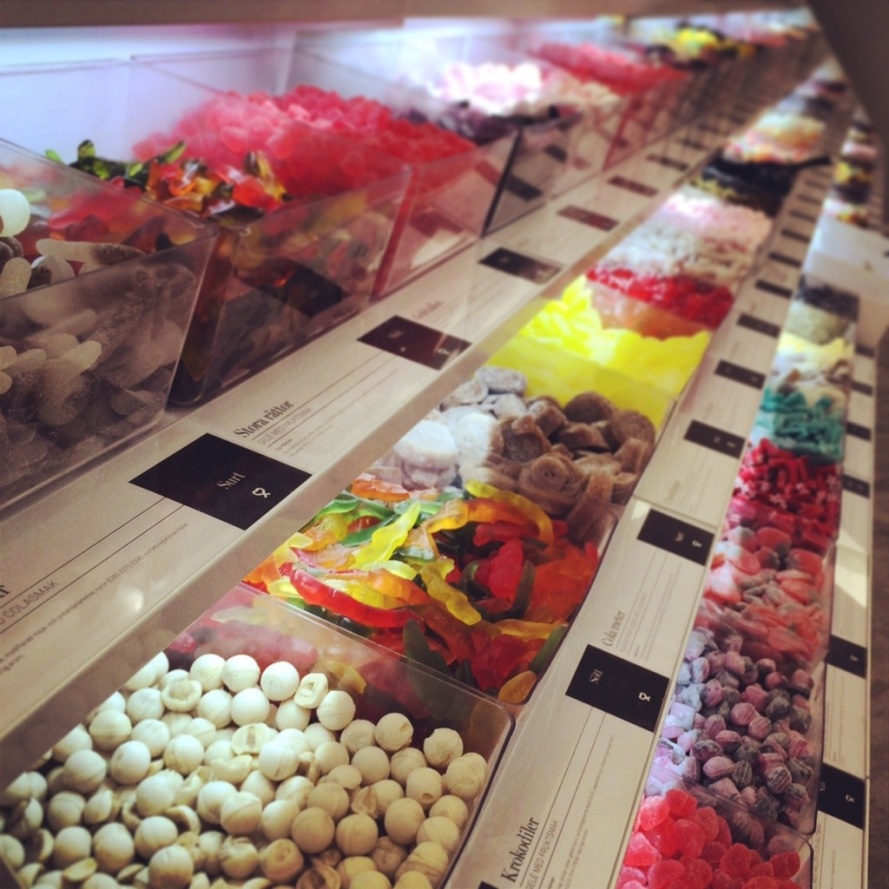 Well, after walking past dozens of these stores over the last two+ weeks, we finally did it. Two tubs of slik were procured. Some mistakes were made, as a good deal of that candy is nasty. There are some weird combinations in there. The chocolate covered jelly is an acquired taste, I think.

The evening was spent enjoying live music in a small jazz club about half a mile from our apartment. The entertainment for the evening was Sananda Maitreya, who is in fact the artist formerly known as Terrance Trent D’Arby. 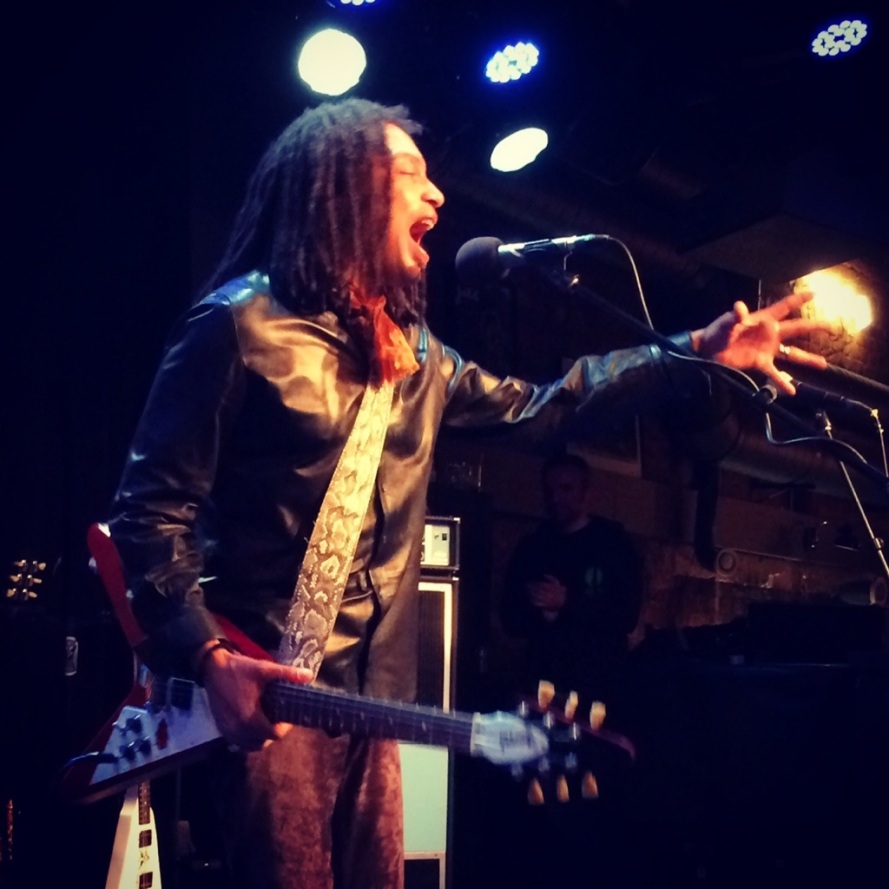 The story of how D’Arby became Maitreya is a fun, weird tale, but I wasn’t there for all that. I just wanted to see some live rock ‘n’ roll, which I’ve been missing. I had a great time at this intimate show…there were about 200 people there…and was rocked. A good time was had, and many expensive beers were consumed. I talked to the bass player for a while after the show. He was drinking a Budweiser.

And that was the day. Over for now!