Ready for some more Stockholm adventures? Too bad, because we day-tripped to Uppsala today. It’s the fourth largest city in Sweden, and is about an hour’s train ride away. America, Europe has this really cool conveyance called trains, and these trains let people easily and cost effectively move between cities. Check it out.

Our primary destination in Uppsala was the Domkyrka, the tallest cathedral in all of Norsedom. Like most of the stuff we post about, it’s ancient and huge.

Construction on this bad boy cranked up in the 13th century (that’s the 1200’s for Tim Barrett and any of his Williamson County Housewife friends that are capable of reading this), and went on for a couple hundred years. Folks like St. Erik and Gustav Vasa (remember the Vasa ship from a couple of days ago? Related!) are buried here. Swedish kings used to be coronated here. And it looks the part. As usual, Bex took some great shots, including a couple of crazy panoramas. 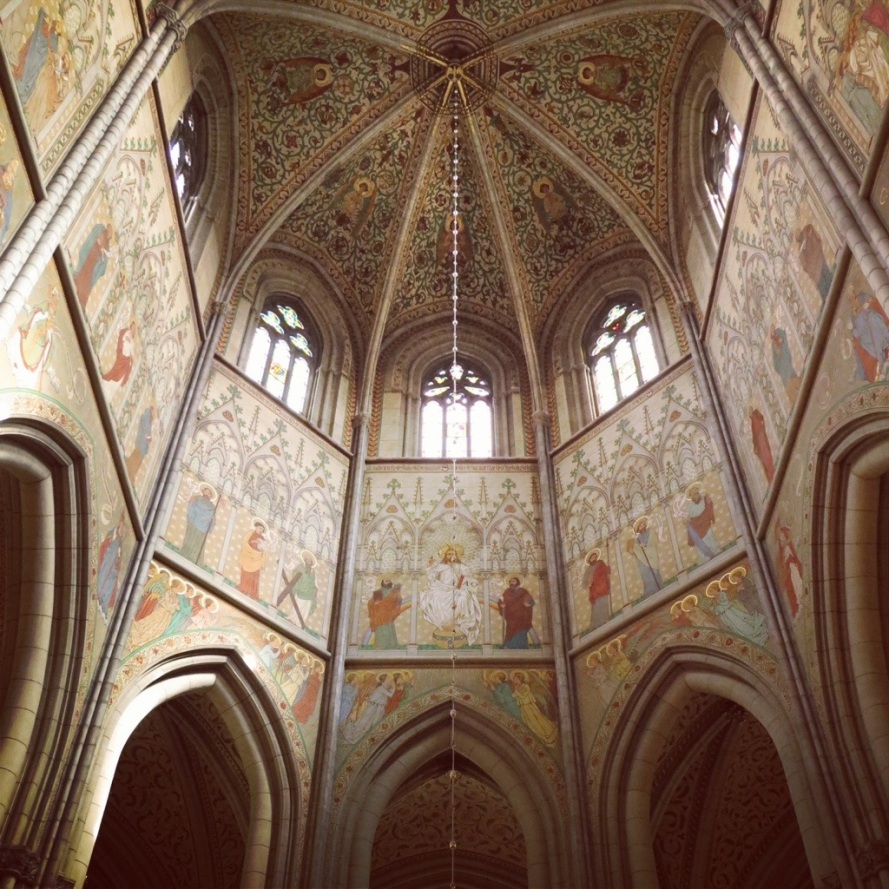 I lit a candle and sat and thought of my three sons, who I love and miss and of course worry about. This trip is wonderful, but it has made me very aware of all of the beautiful parts of my life that are not with me right now. I am thankful for the life that I have and the people that I know. 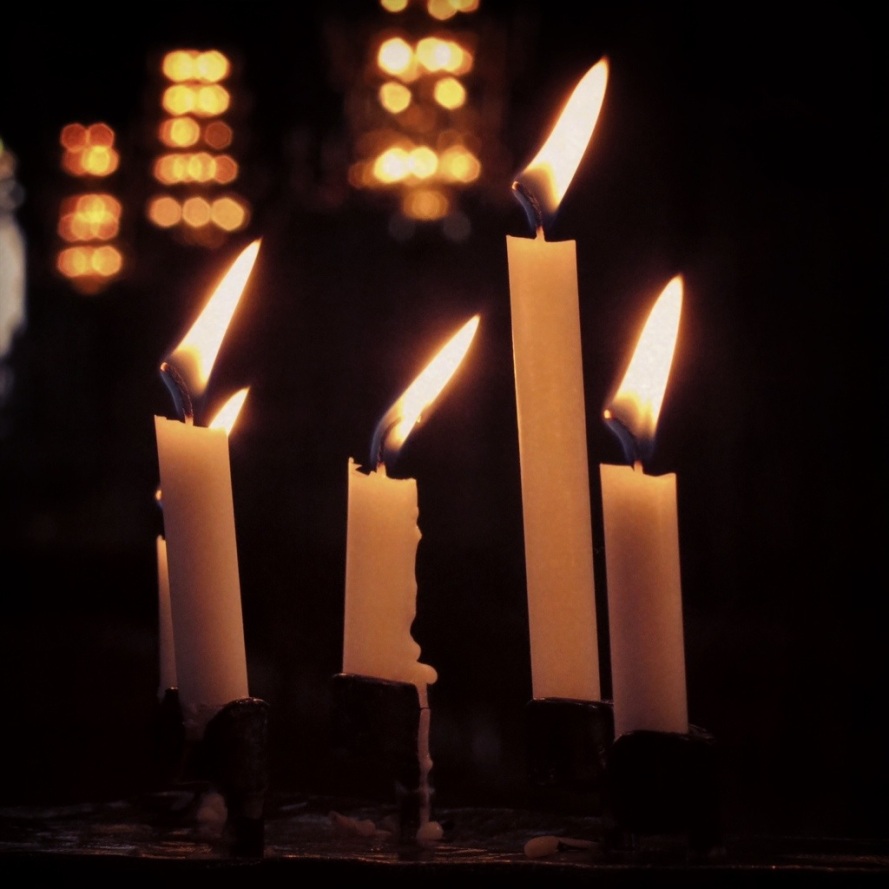 Whilst inside, we were treated to some beautiful, complex organ music. I commented to Becci that it sounded like Yes! It was this fantastic organist practicing on one of the two great pipe organs located in the cathedral. Unfortunately, he turned out to be a bit of a dick, snapping at Bex when she took a picture of him playing. That act earned him a few minutes of menacing glare from me, and better still, here’s the picture. Great player, but his manners need improvement. If you see him, you can tell him I said so. 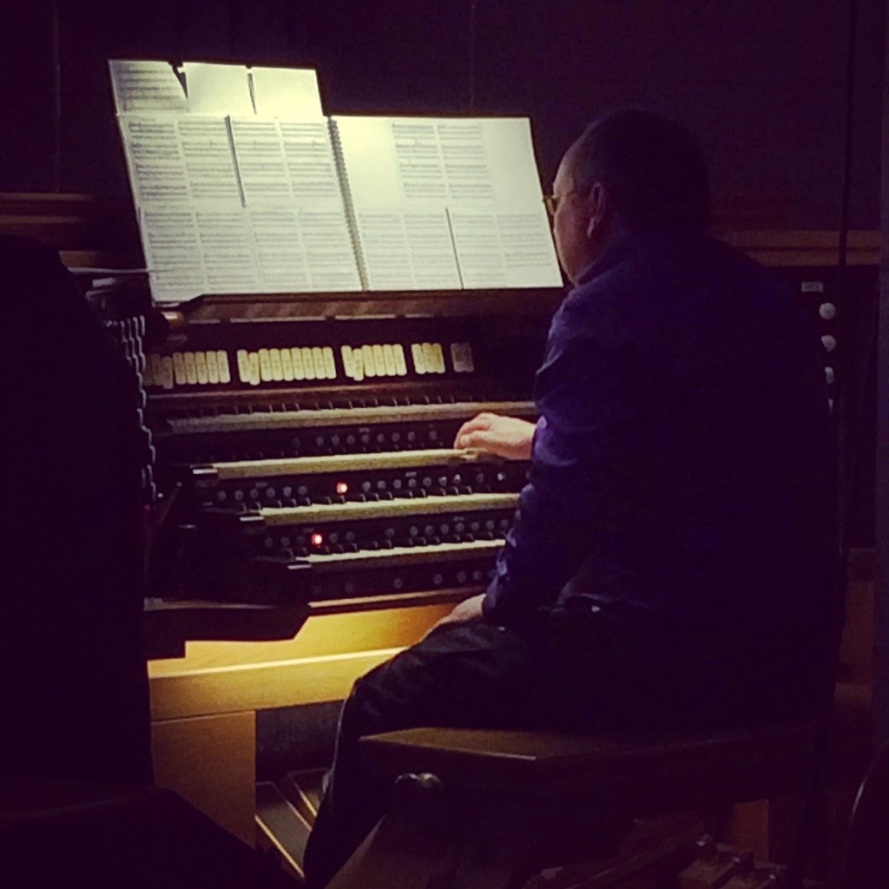 We also stopped in at the Carolina Rediviva, a university library hosting quite a few ancient manuscripts, including one cuneiform bit dating from the 7th century BC. There we encountered their prize, the so called Silver Bible (aka Codex Argenteus), a 6th century transcription of the four new testament gospels written by hand in silver and gold ink on purple tinted paper.

We wandered around town a bit longer, and were contemplating a train ride back to Stockholm when Becci noticed a sign advertising the World University Championship of American Football. A game was scheduled to be played in the afternoon in Uppsala. We decided to be at that game.

The contest was a sparsely attended affair, pitting Japan against China (Kina) in American Football. You heard me. China and Japan buckled their chinstraps and tossed around the ole oblong spheroid.

The rules of engagement are basically the same as US college football rules, except there is a running clock “mercy rule” that goes into effect if one team leads the other by 21 points. It is a useful improvement, and in this case, the running clock started during the middle of the first quarter. Japan is fundamentally solid and China is not. The game itself was like a mismatched high school game; it was a route.

Nevertheless, we enjoyed ourselves. We drank Budweiser and as the only Americans spectators present, we were quickly discovered and treated as minor celebrities. Our names and hometown appear in the official webcast of this event, if you can find that. Good luck! 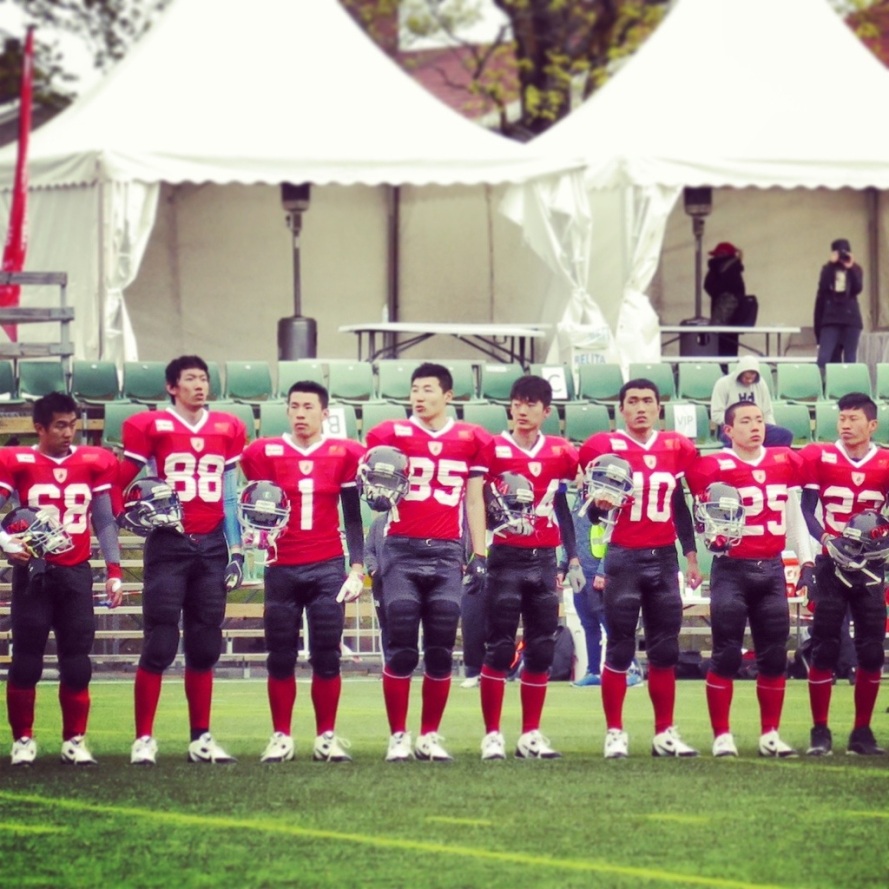 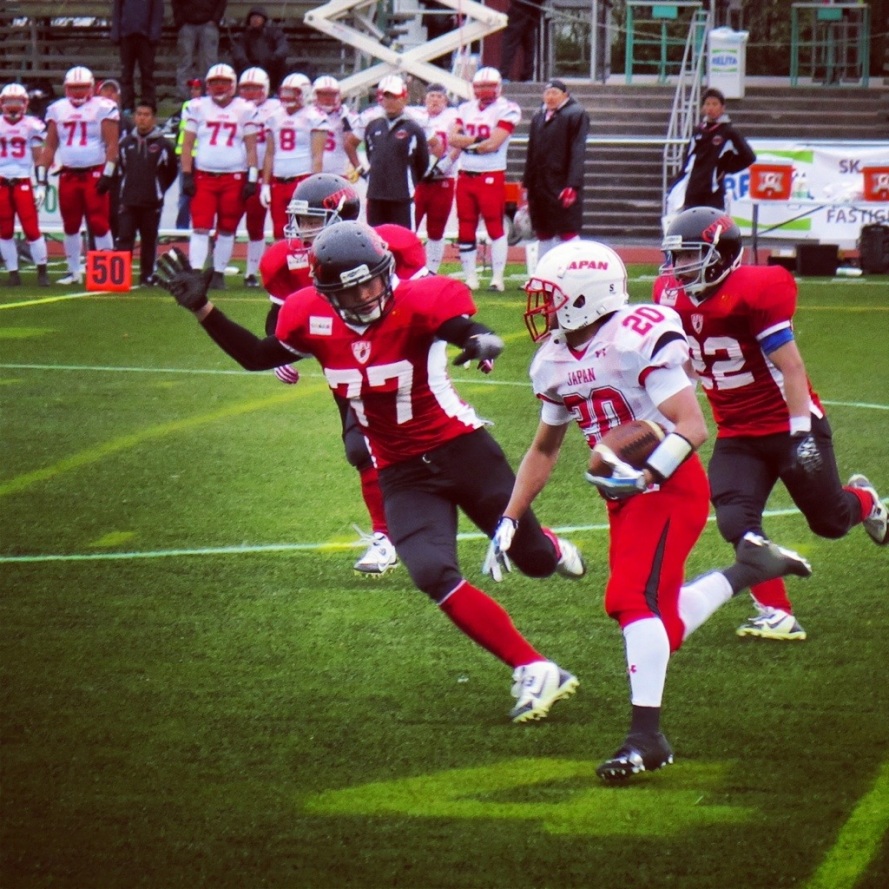 Also, I got to meet China’s new head coach, a former NFL player named Ricky Williams. Ricky Williams accomplished one or two things in his football career. He’s one of the greatest college running backs ever to strap on pads, and he won the Heisman award whilst a student at the University of Texas.

He is also just about the most intriguing and unusual person ever to suit up in the NFL. He had an 11-year pro career with the New Orleans Saints, Miami Dolphins, and Baltimore Ravens. He holds the Dolphins’ team records for most rushing yards and running touchdowns in a season. He was unbelievably fast and powerful as a runner, and he could catch the football.

He was also known as a guy who marched to the beat of a percusionist of his very own. He tested positive and was suspended multiple times for the use of the performance enhancing drug marijuana. He quit football altogether in mid career, living in a tent and practicing yoga for a year. After more than a year away from the game, he made a successful return to the NFL.

Despite making career decisions that many have questioned, I’ve always respected Ricky as a great player who had the courage to do it his way. He was always humble, and all of his controversies had to do with him enduring the burden of making unpopular decisions about how he wanted to live his own life.

As you can imagine, I was pretty excited to get to meet this guy. I’m trying to play it cool in this shot. 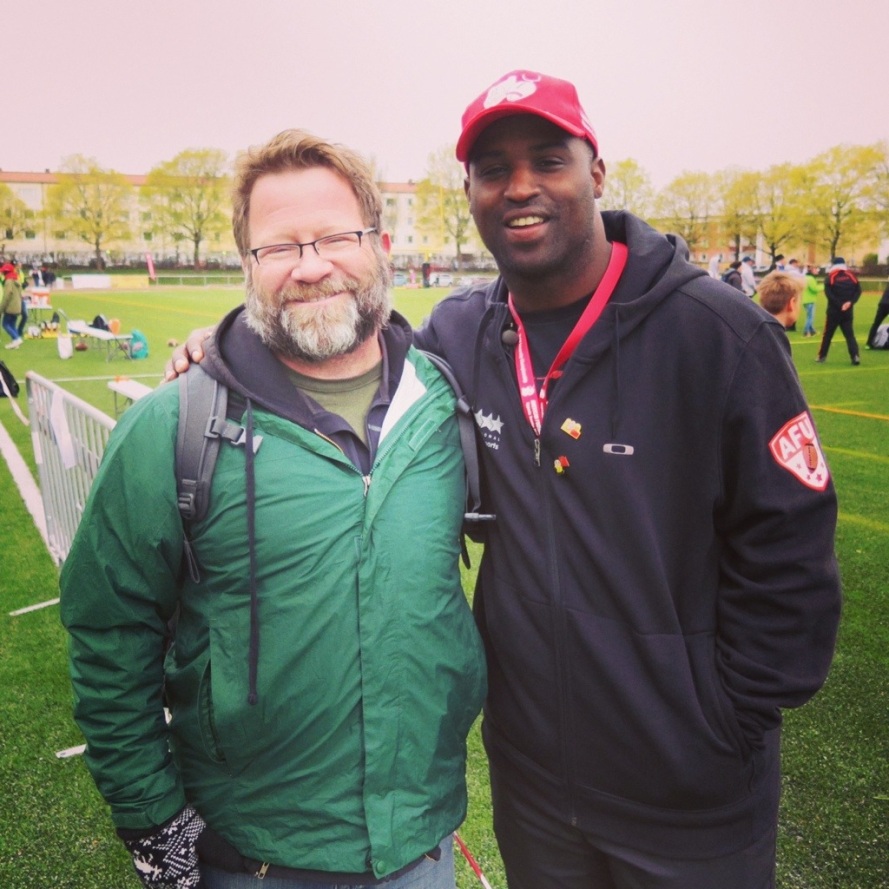 Bonus photo, appropos of nothing. We encountered an enormous rabbit hopping down the street. 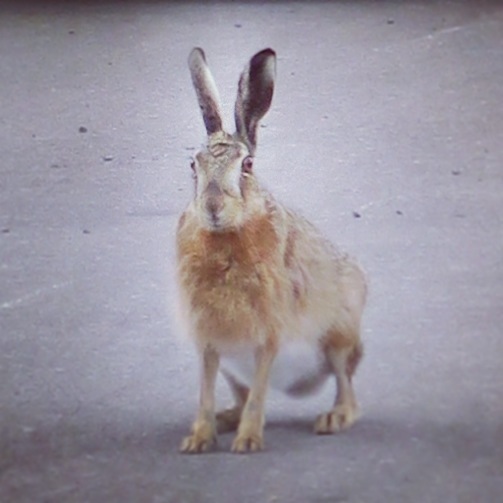 Tomorrow, we are off to Estonia on an overnight boat. God willing, we shall post again!

p.s. All of this extra learnin’ and such is dedicated to our pal Amy M.