About an hour after we left our hotel, we officially made it into South Dakota. Much like Nebraska, South Dakota provides many a lonesome road to drive on through endless farmlands and hills.

We once again took the opportunity to pull over on a stretch of deserted highway to take in the silence…and for certain members of the team to get ambushed by a well timed snowball. 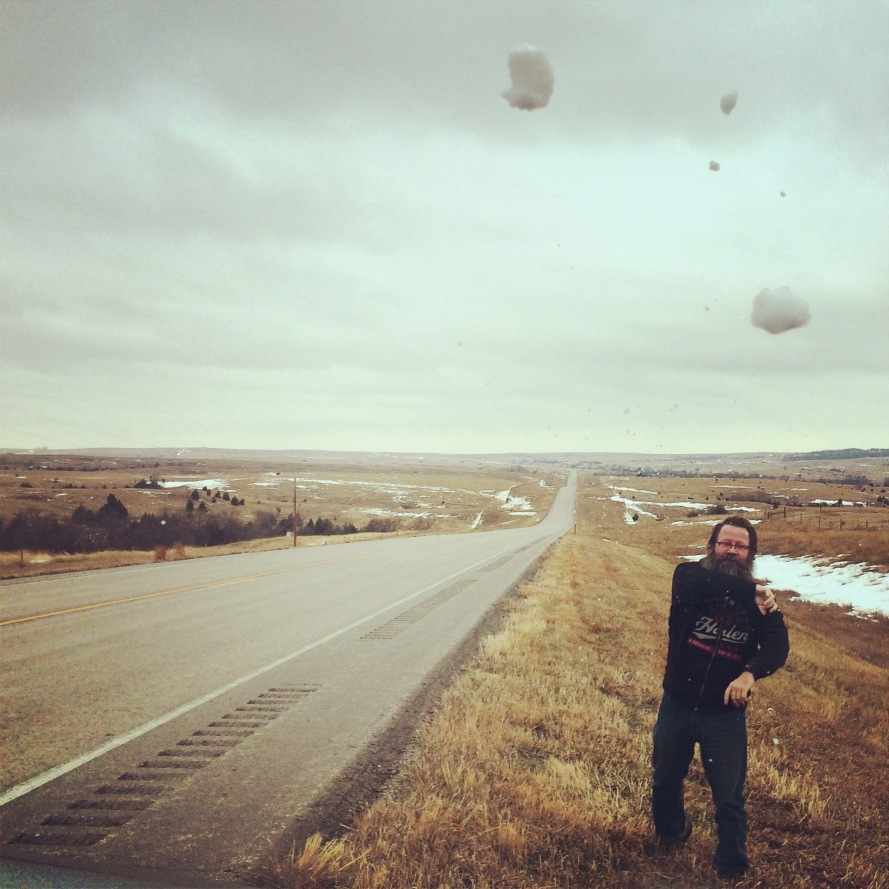 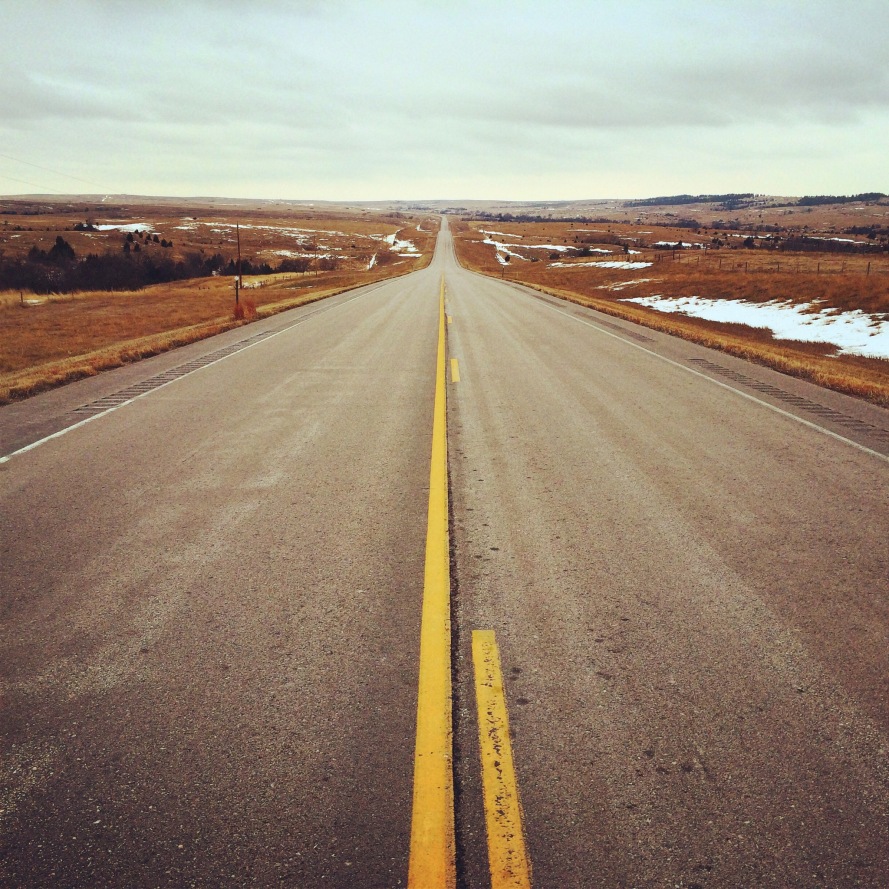 We also racked up the Bald Eagle count to 3! Seriously, these things are like pigeons out here. 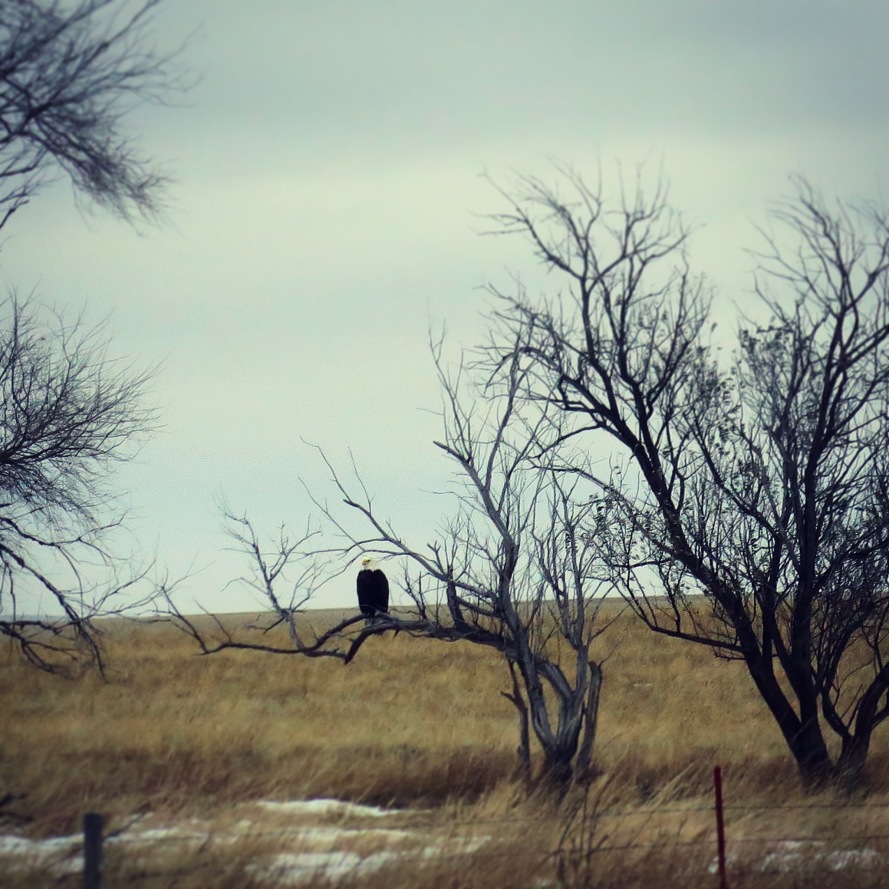 The main attraction for the day was the Badlands National Park. The Badlands covers 242,756 acres, featuring pinnacles and spires, blended with the largest undisturbed mixed grass prairie in the United States. Seeing as it was the day before Thanksgiving, we were one of three cars in the entire park.

We drove the main loop through the park, taking advantage of every scenic view point along the way. The photos don’t do it justice…the multicolored buttes stretch away as far as the eye can see. If there was ever a perfect place for panorama photography…the Badlands win, hands down. 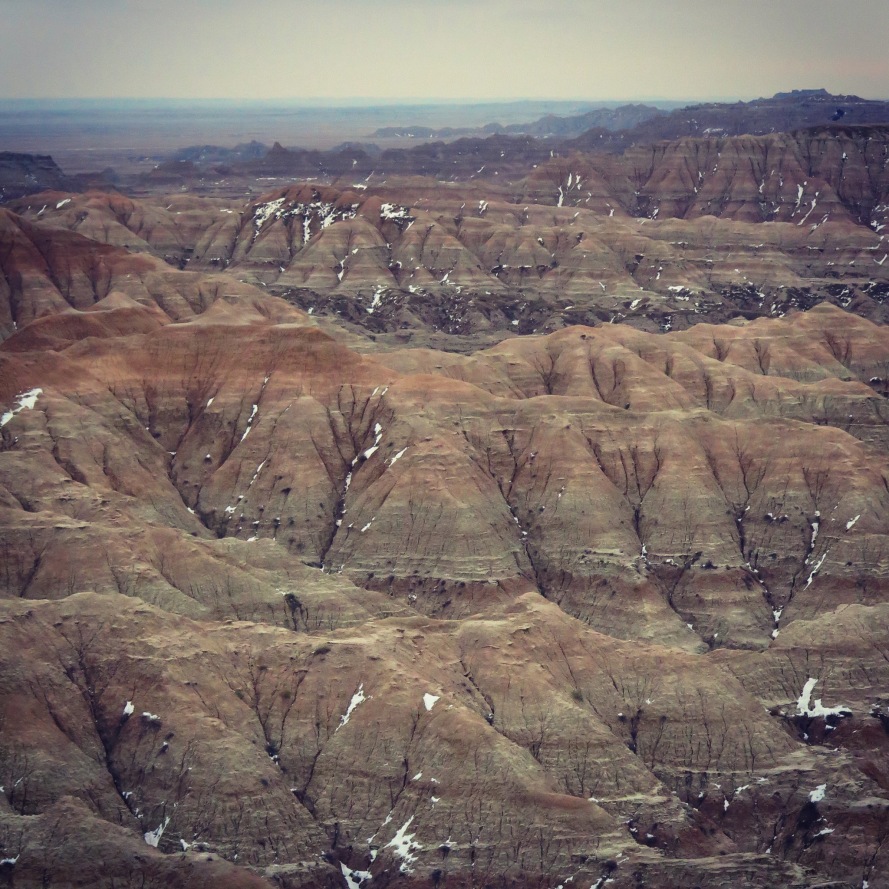 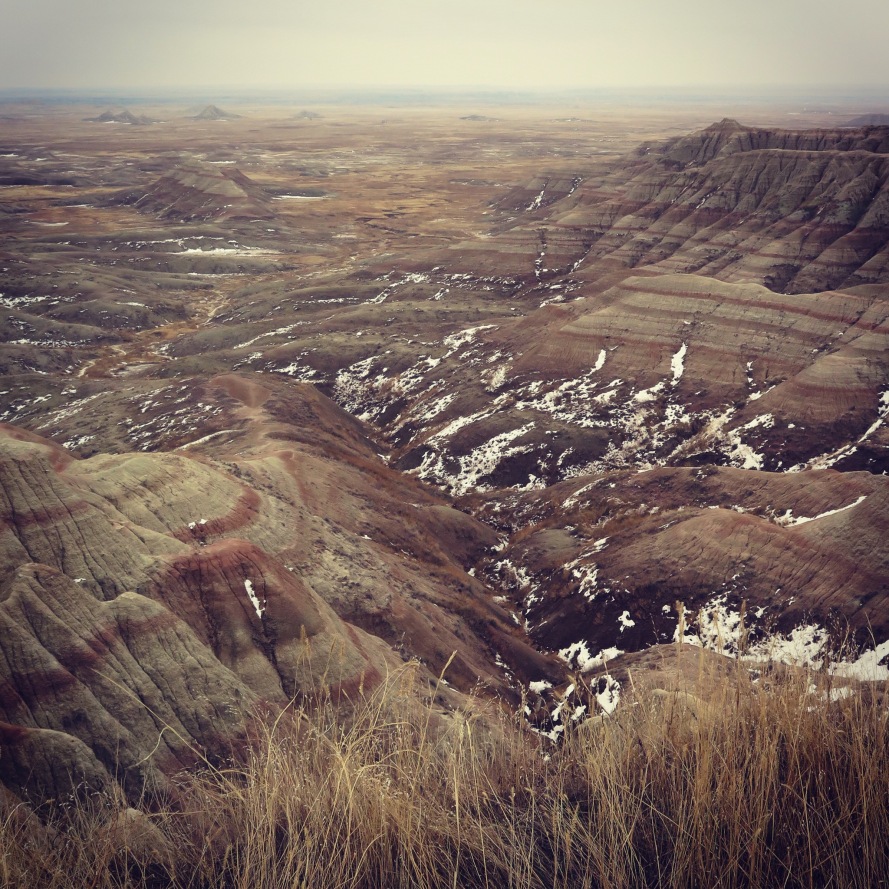 The only paved road in the park is 21 miles long, and at the north end lies Wall, South Dakota; home of the famous Wall Drug. Our plan was to follow the road to Wall, grab some lunch, and then head back into the park and take the 17 mile gravel road around the south rim. 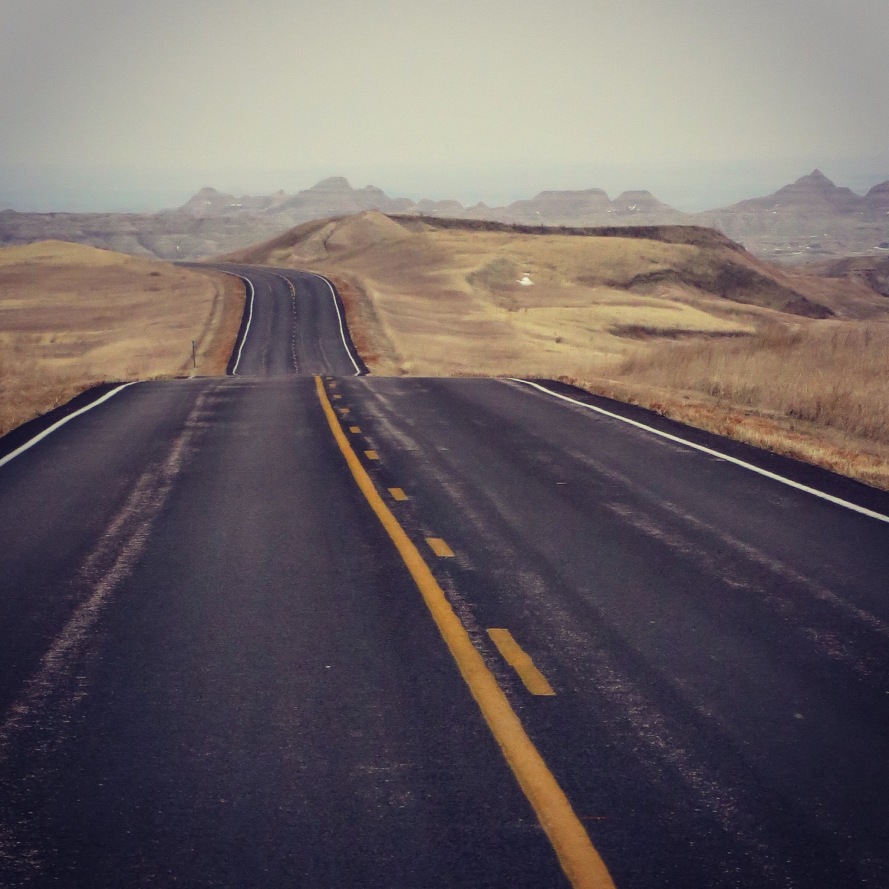 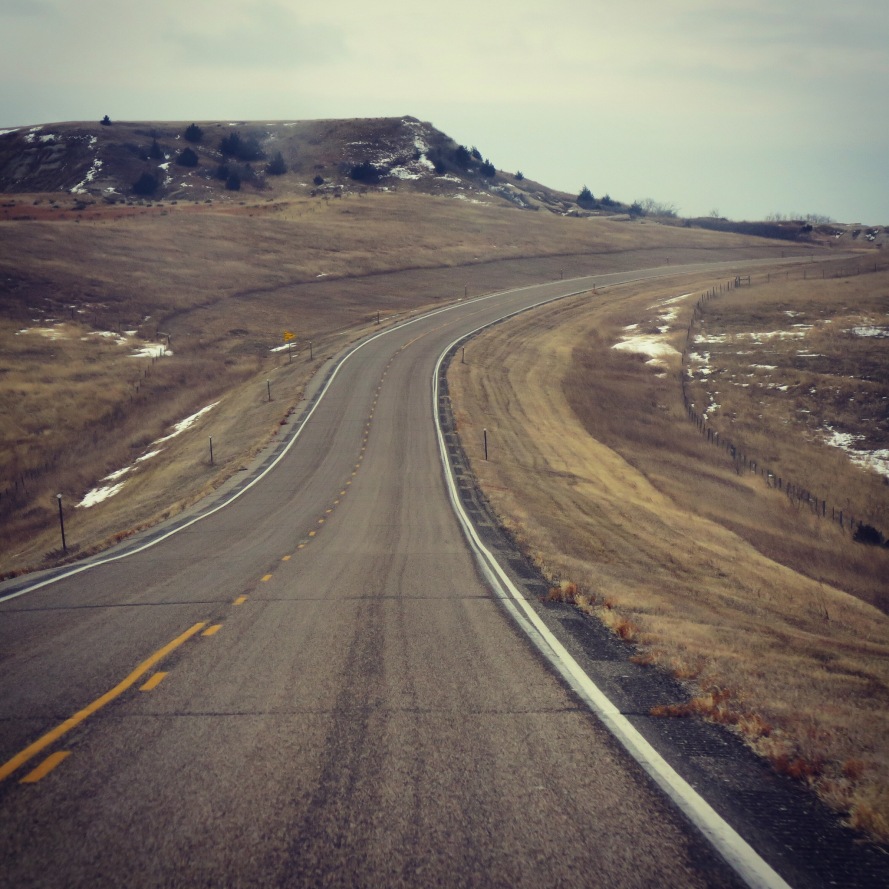 Since we were approaching Wall from the park and not via the only highway in South Dakota, we didn’t get to count down the miles via billboards every 500ft. However, as soon as we crossed over from National Park territory, billboards dotted the scenery for the next 8 miles. 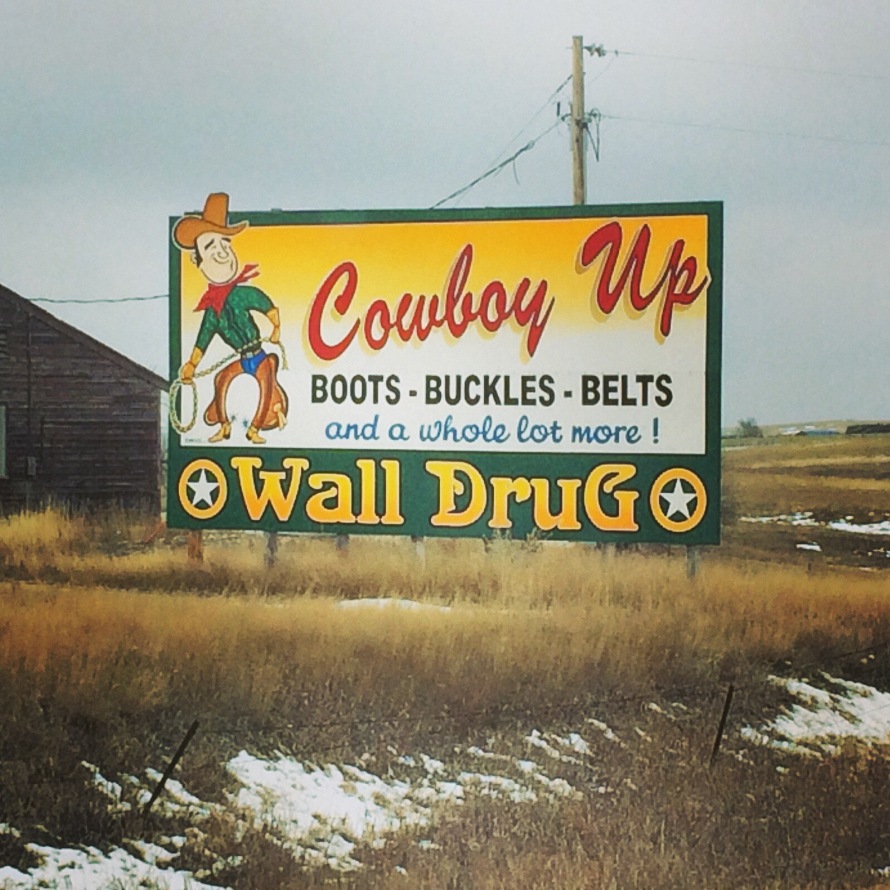 Wall Drug started in 1931, when Dorothy and Ted Hustead purchased a small pharmacy in the isolated town of Wall, SD. They gave themselves 5 years to grow the business, and if at that point they were still scraping to get by, they would sell the business. In 1936, Dorothy had an idea that would bring a whole heap of change to Wall Drug. The first billboards for ‘free ice water’ went up along the main drag, and very soon they were over run with hot and thirsty road travelers. Fast forward to 2014, Wall Drug now serves up to 20,000 people per day in the summer, although on this wintery Wednesday, we were a small crowd indeed. Today, Wall Drug boasts over 20 ‘departments’, mainly selling future yard sale items (a couple of which we purchased), a roaring T-Rex (closed for the season), a slew of historical items and over 300 original oil paintings. They also have fancy lady cowboy boots. 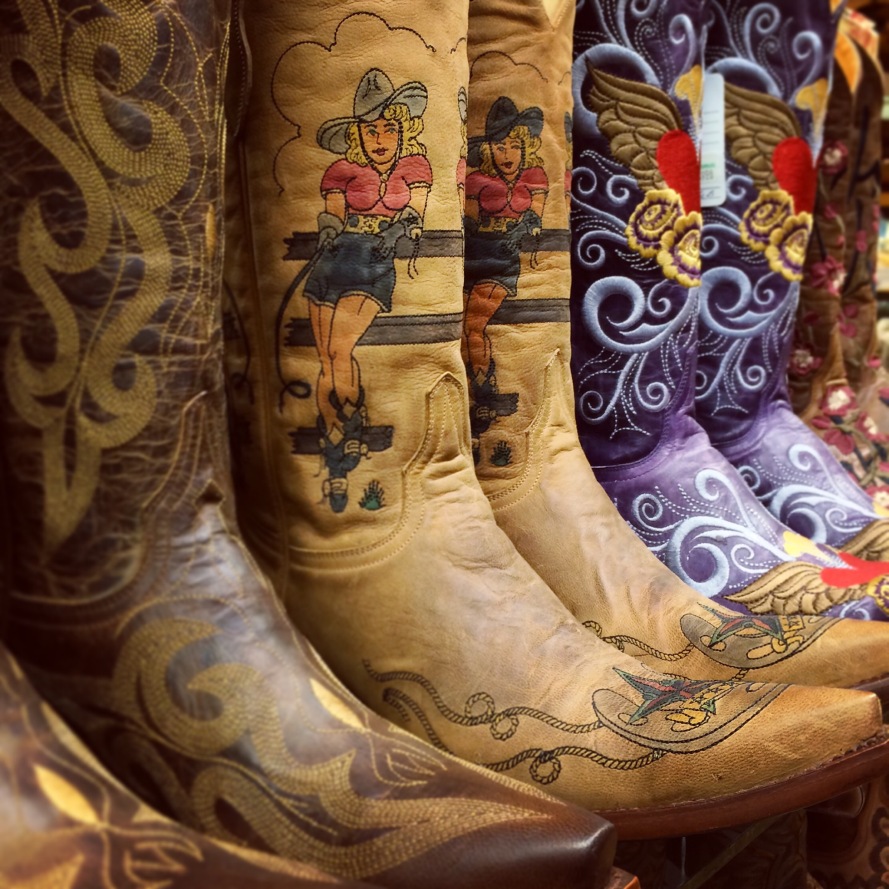 After our thirst for gee-gaws and knick-knacks had been satisfied, we returned to the jeep and headed back into the Badlands. For the next hour we wound our way around the park via a gravel road that alternated between hugging the gorges and cutting through miles of grass land. 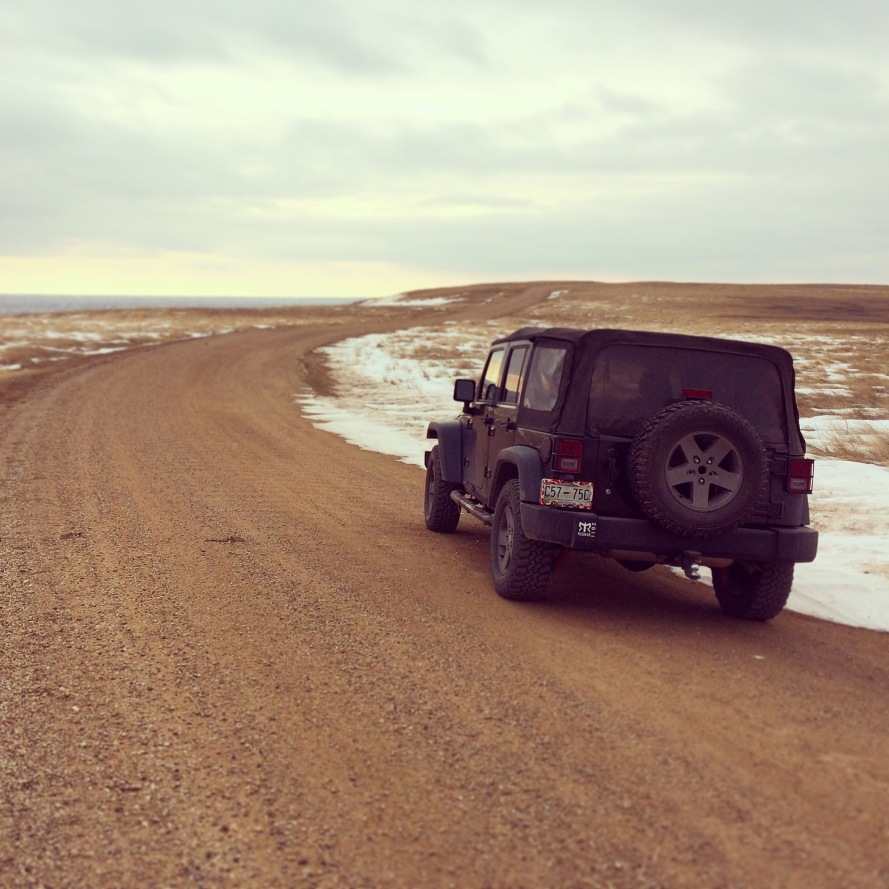 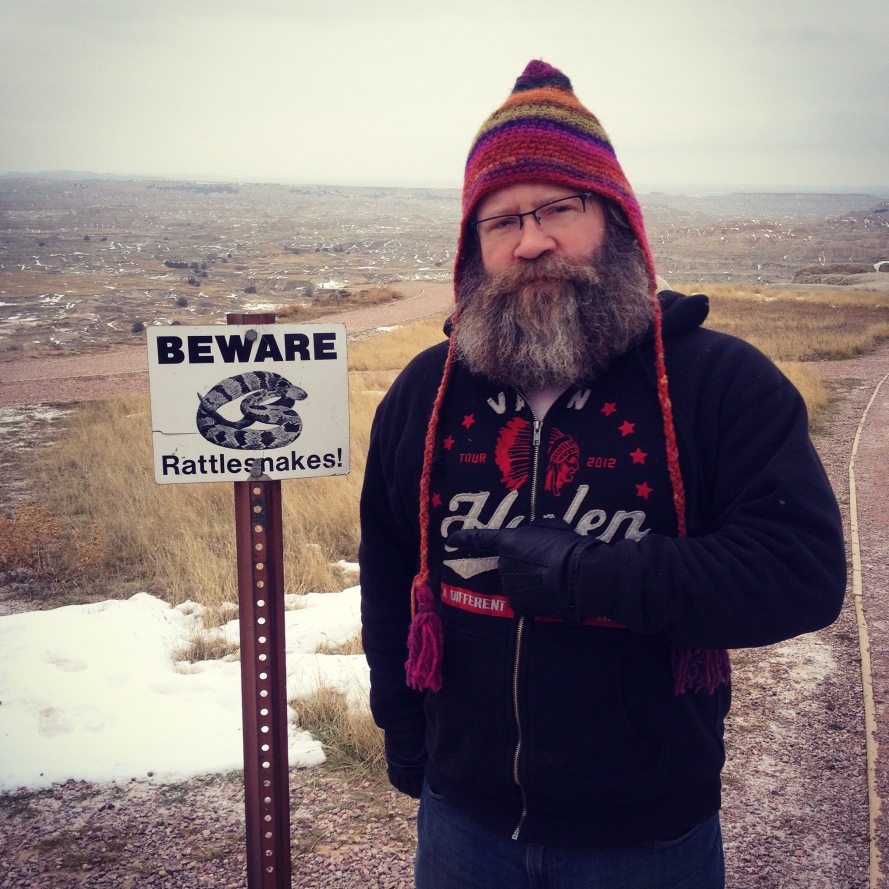 Along the way, we saw bison, antelope, prairie dogs and deer…oh, and mile after mile of jaw-dropping scenery. 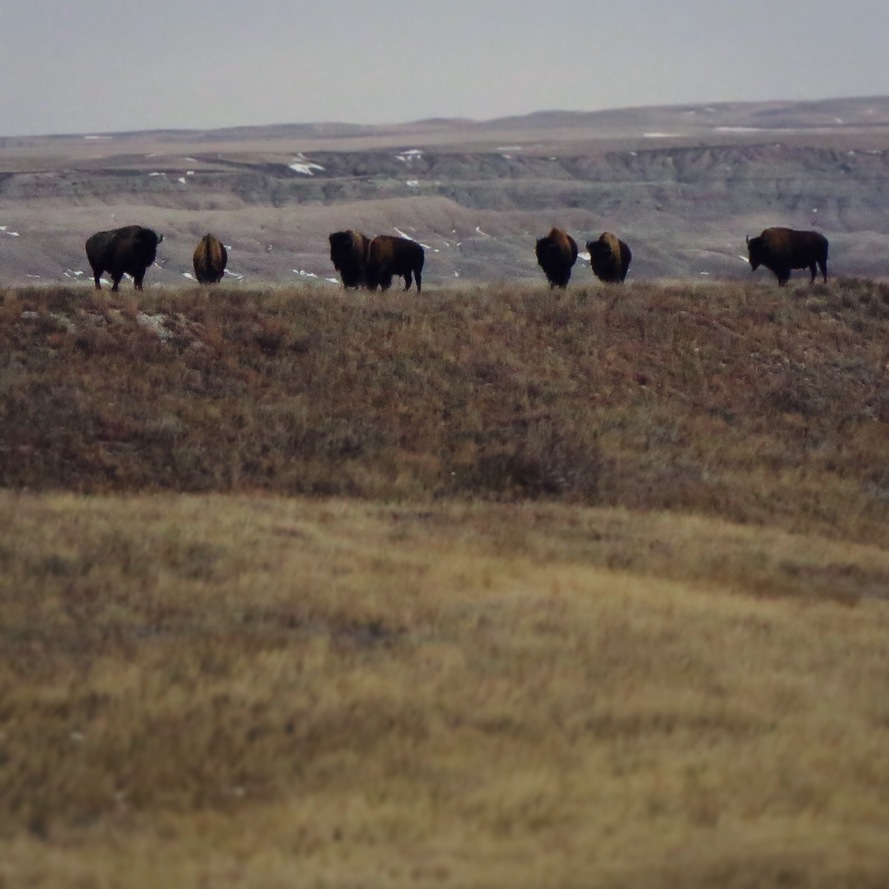 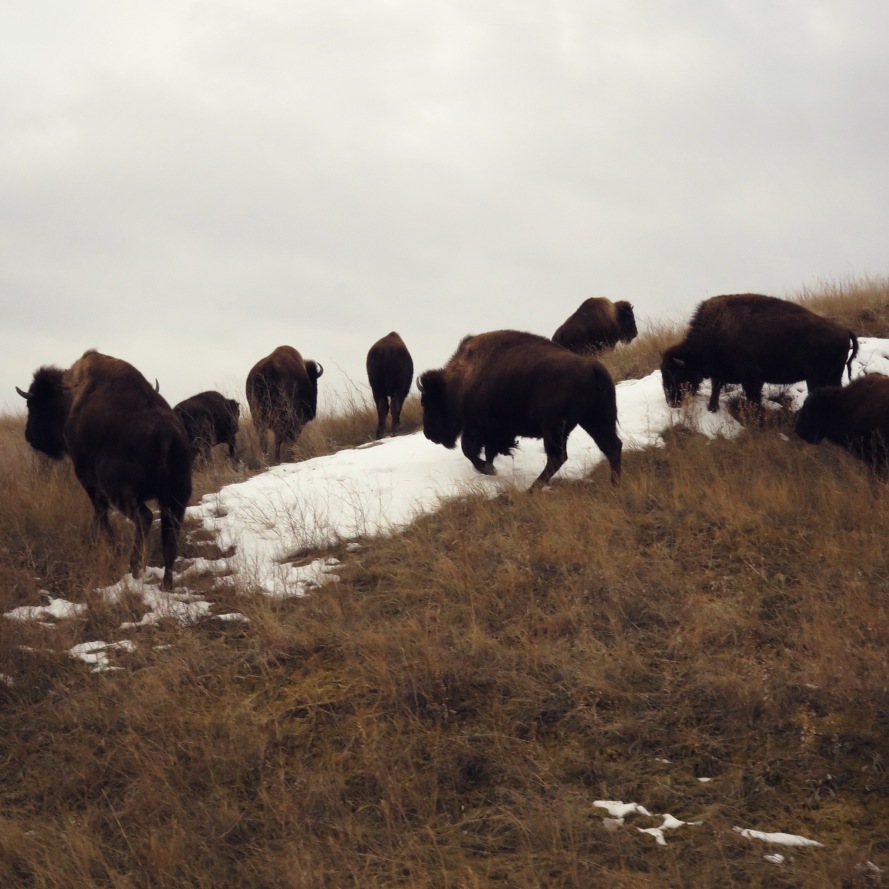 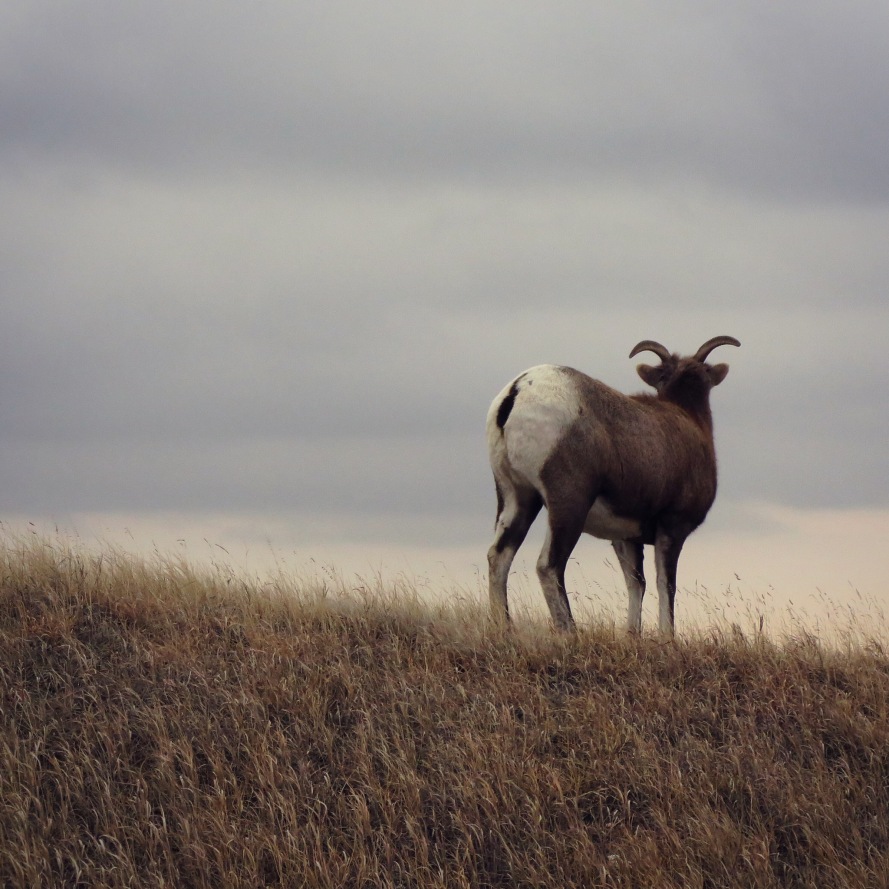 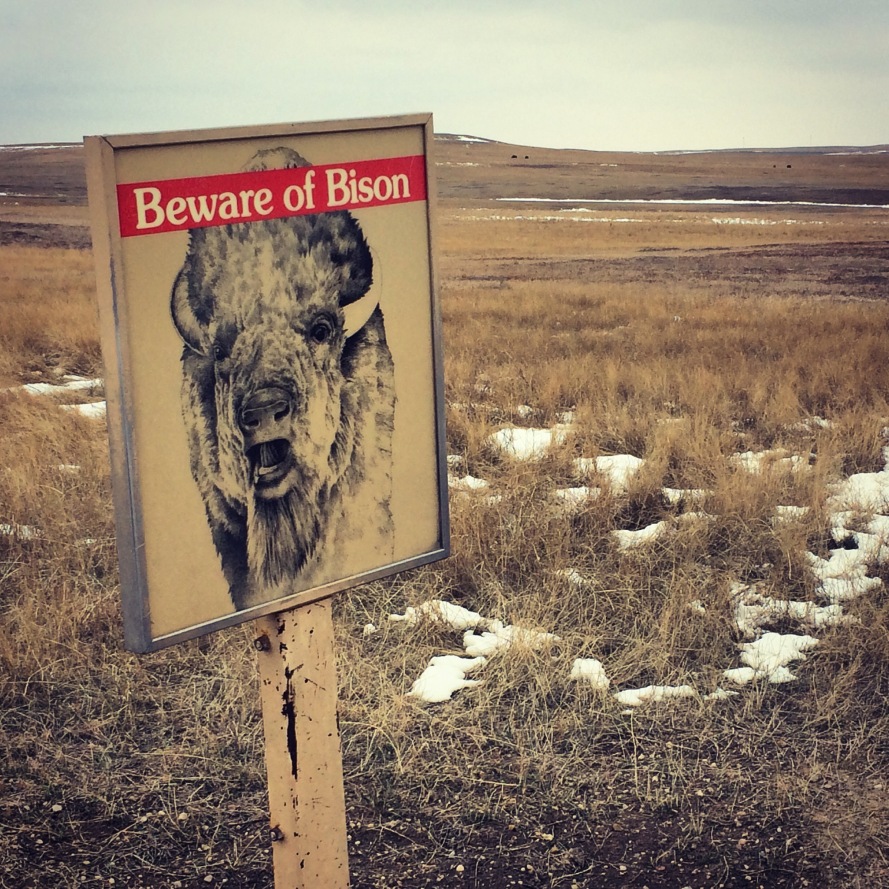 Somewhere along the way, we improvised the best road snack ever: Beef sticks combined with cheese sticks. Chomp! 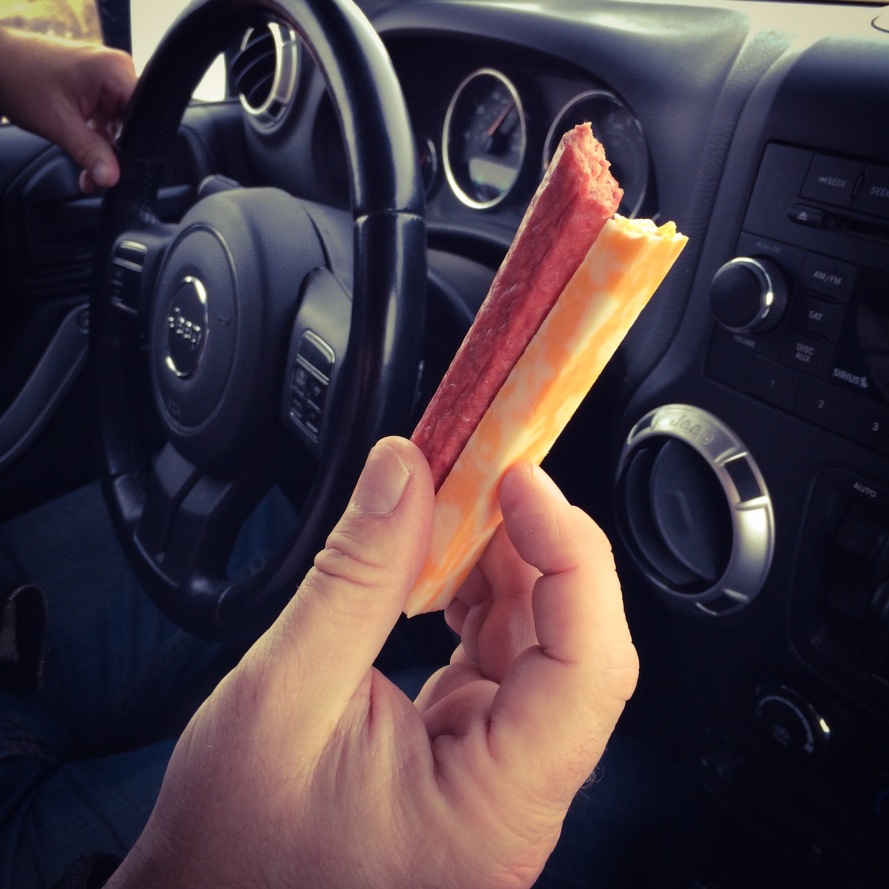 As we reached the park’s boundary, the sun was starting to cast that perfect golden light over the landscape. This is my favorite time of day, and we’ve made a point to drive during this time as the light just transforms everything around you. We again pulled over to the side of the road and soaked it in. 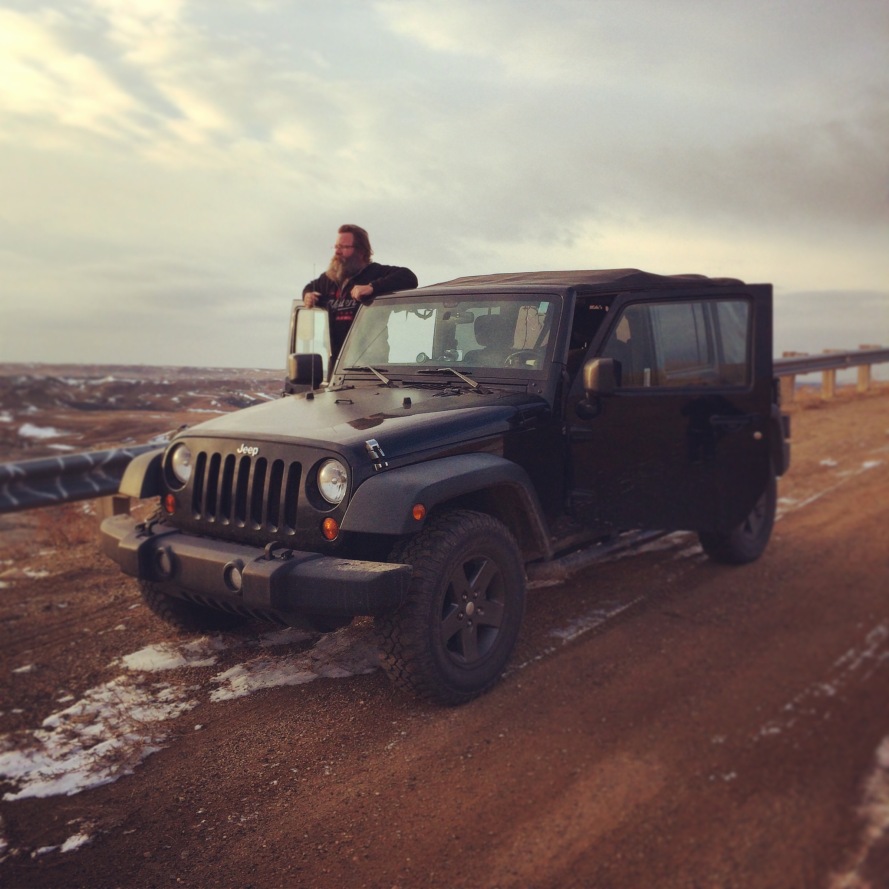 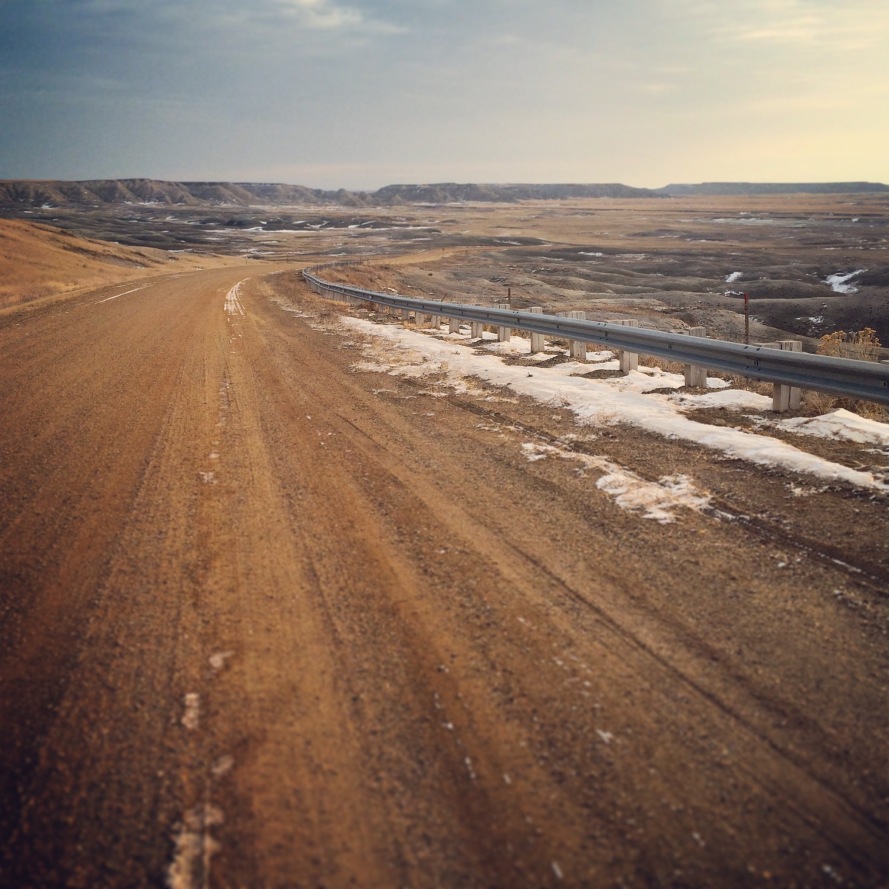 We ended up in Rapid City by nightfall and tucked ourselves away in our AirBnb with sandwiches and a good book each. Tomorrow’s schedule includes some tip-top sights: Mount Rushmore, Custer State Park, the Black Hills…I hope everyone enjoys their Thanksgiving dinner. We will be gorging ourselves on trail mix and South Dakota views! The video today features some hyperlapse footage through the park…watch out for the bison!