Our main objective for the day was to visit the Grand Canyon, but we didn’t get out of Williams, AZ without stopping first at Bearizona (see what they did there?) for some adorable animal action. Bearizona is a drive through nature park, and although the entry price was pretty steep, we did get up close to some adorable critters, large and small. 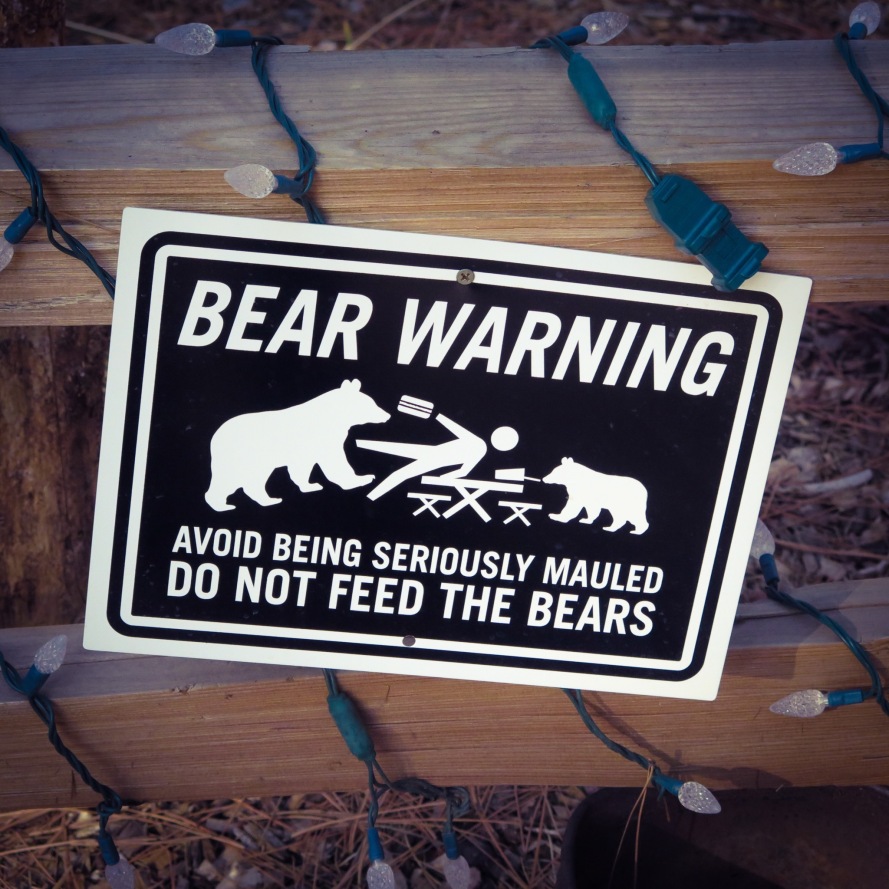 We were just in time for the Raptor show, which was a free flying bird presentation. Free flying means that the birds zoom about very close to your heads, which was pretty awesome. There were only 4 birds in the show: a baby Kestrel, a Eurasian Eagle Owl, a Great Horned Owl and a Harris Hawk. The Eurasian Owl is the biggest owl in the world and can turn his head 270 degrees as they have twice as many vertebrae in their necks. The Harris Hawk flew so close to our heads that, as I raised my camera to my eye, his tail feathers brushed my hand. These guys moved so fast, the only good shots I got were of George, the Great Horned Owl. 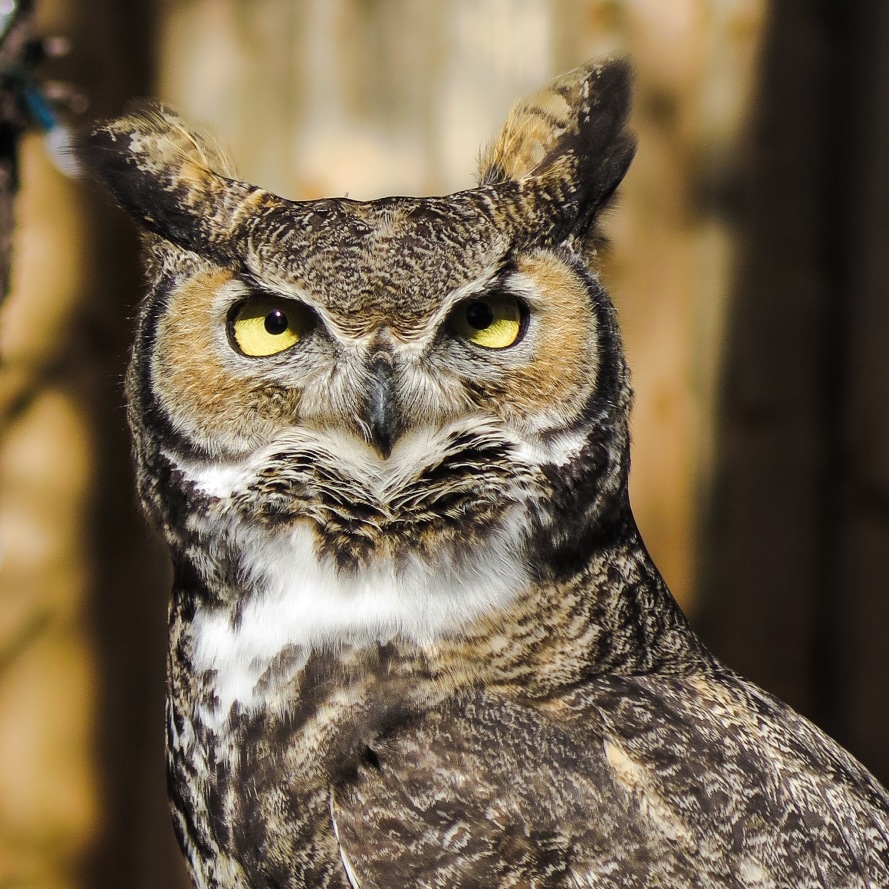 George was found at a very young age in the park. Momma owl was nowhere in sight, so they fostered him. Due to his abandonment at an early age, he imprinted on humans and is very comfortable in their presence.

Moving on from the Raptor show, we walked around the rest of the grounds and encountered a couple of adorable foxes. This guy is an Arctic Fox.

Just next door were a couple of Red Foxes. Look at this guy! 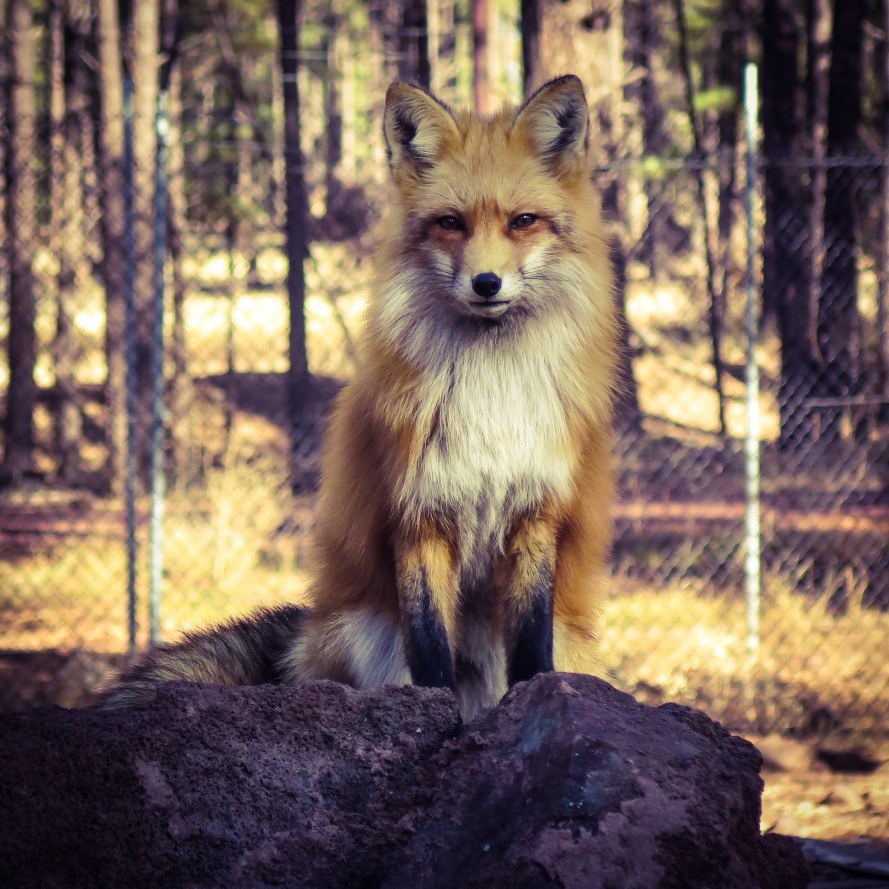 Look deep into my eyes….feed me some of your trail mix… 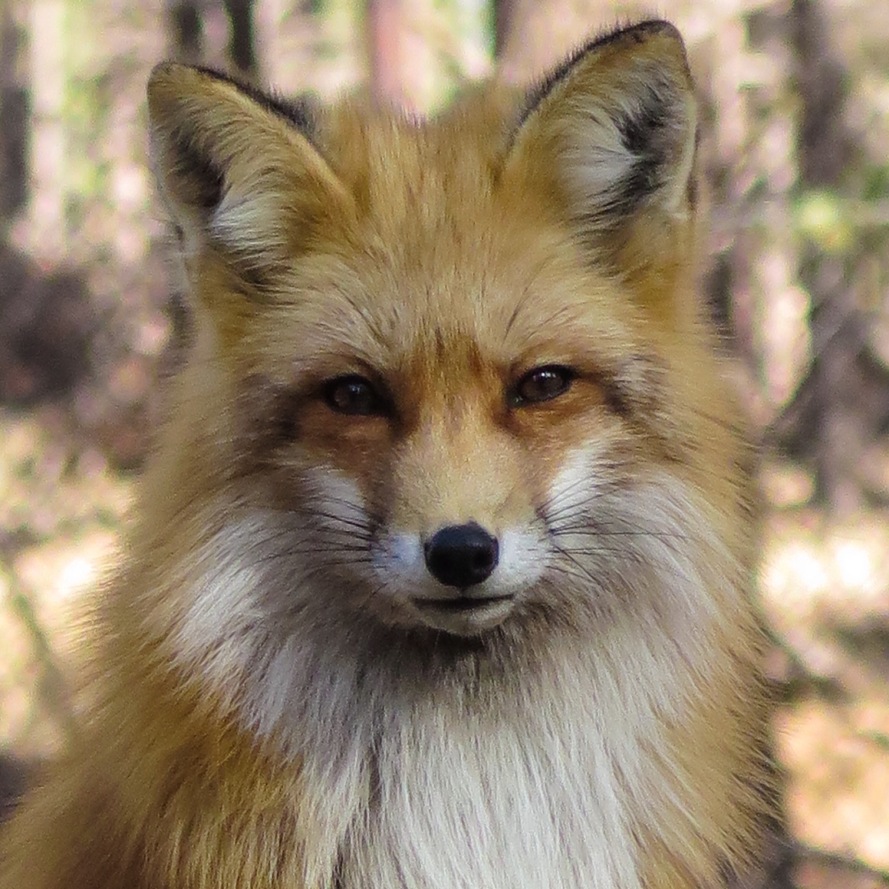 Since the place is called Bearizona, I would be pretty disappointed if they didn’t have some blorpy bear cub action. I was not disappointed! There were 4 bear cubs, who entertained themselves by crawling up big rocks, pawing at each other and generally blorping around. 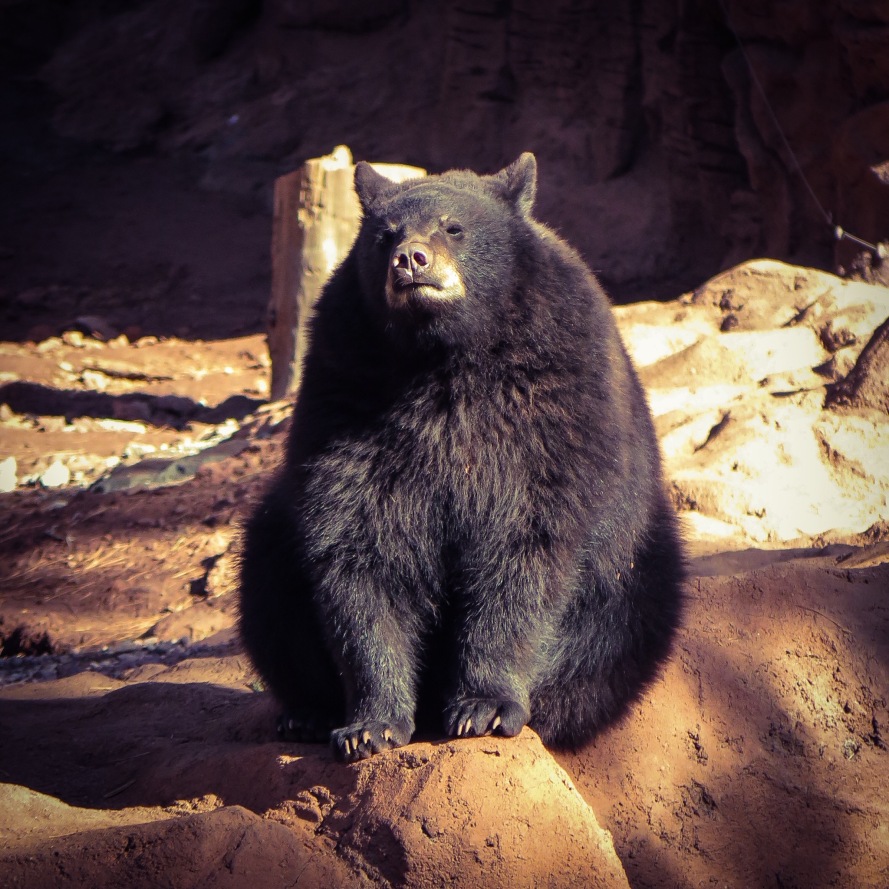 At this point, I had asked John if we could get an owl and a fox, Seeing this tubby guy, a baby bear rapidly shot up the list.

Having seen all the animals on foot, we got back into the jeep and finished the drive through part of the park. We were warned to keep our windows up (did not) and when we got to the wolf enclosure, lock our doors! I had no idea that wolves were so dexterous. We saw Tundra Wolves (sleeping) Black Bears (snorfing around) and a bison taking an extremely long piss. Here is John’s favorite, post piss. 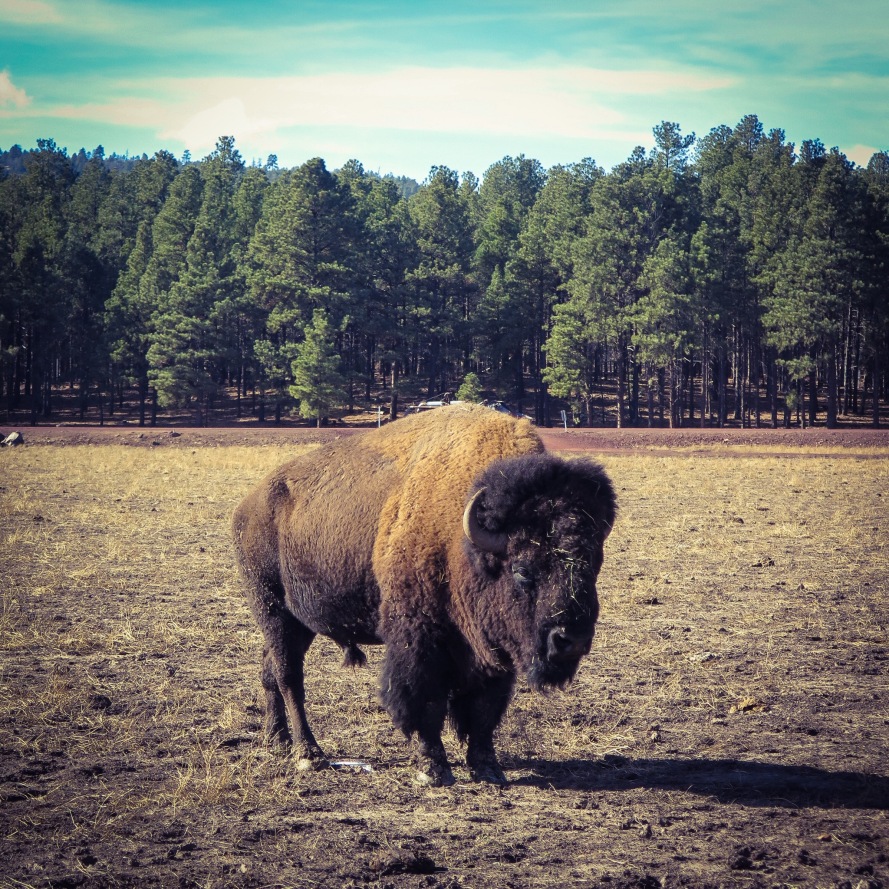 Our animal fix sated, we headed north to the Grand Canyon.

Grand Canyon National Park was by far the most populated park we have visited so far. There was quite a crowd at each overlook, but when you’ve got scenery that big, it’s easy to forget about them…until they jostle you with their cameras. There was some bonus animal action just as we entered the park. 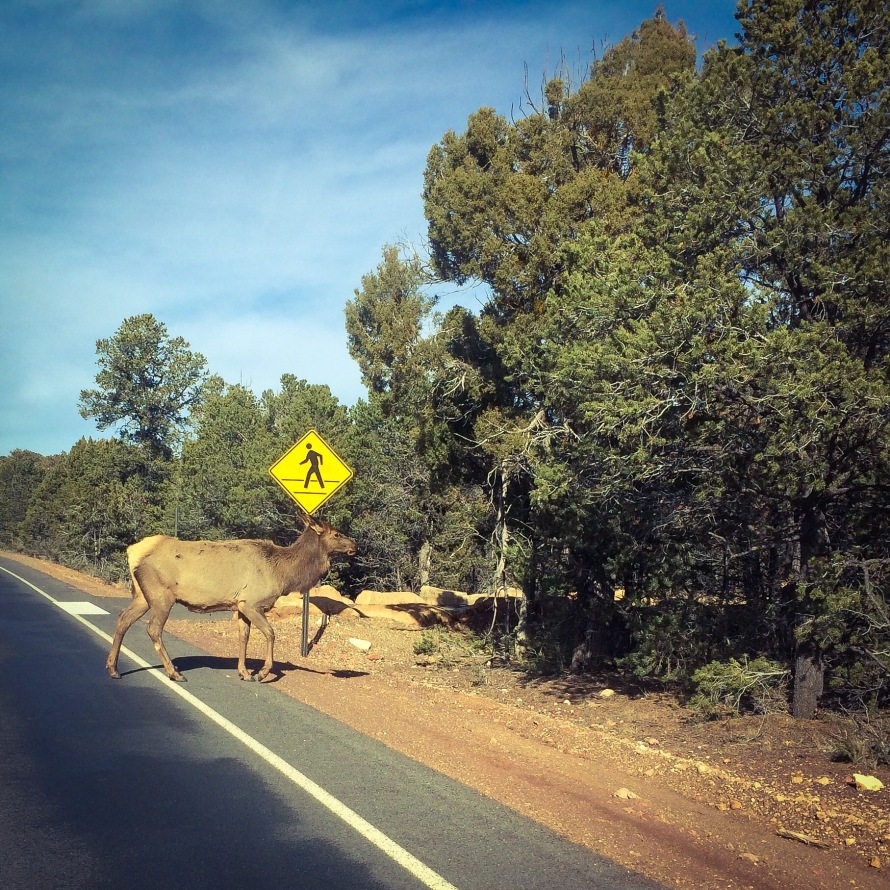 Elk do not give two shits about signs.

I’d never visited the Grand Canyon before, and I have been trying to think of what to say about it that would be remotely interesting. It is, of course, breathtaking in size and beauty. It looks like every picture you have seen of it…which is to say, pretty freakin’ amazing. It’s aptly named…I think I will just let the pictures do the talking. 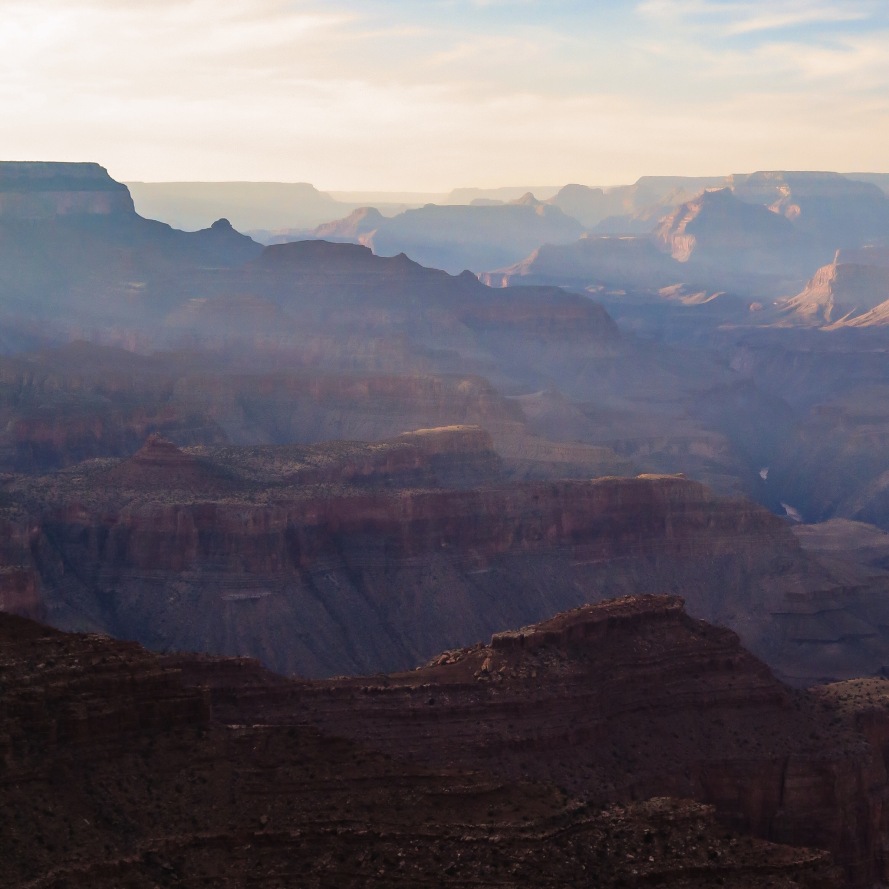 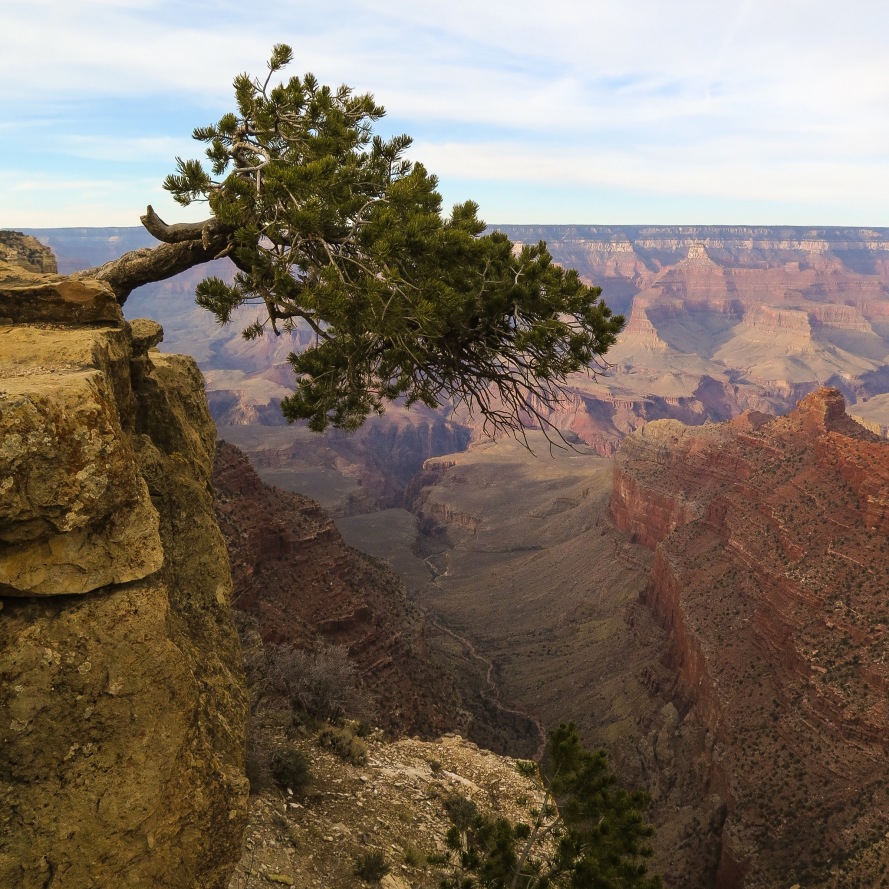 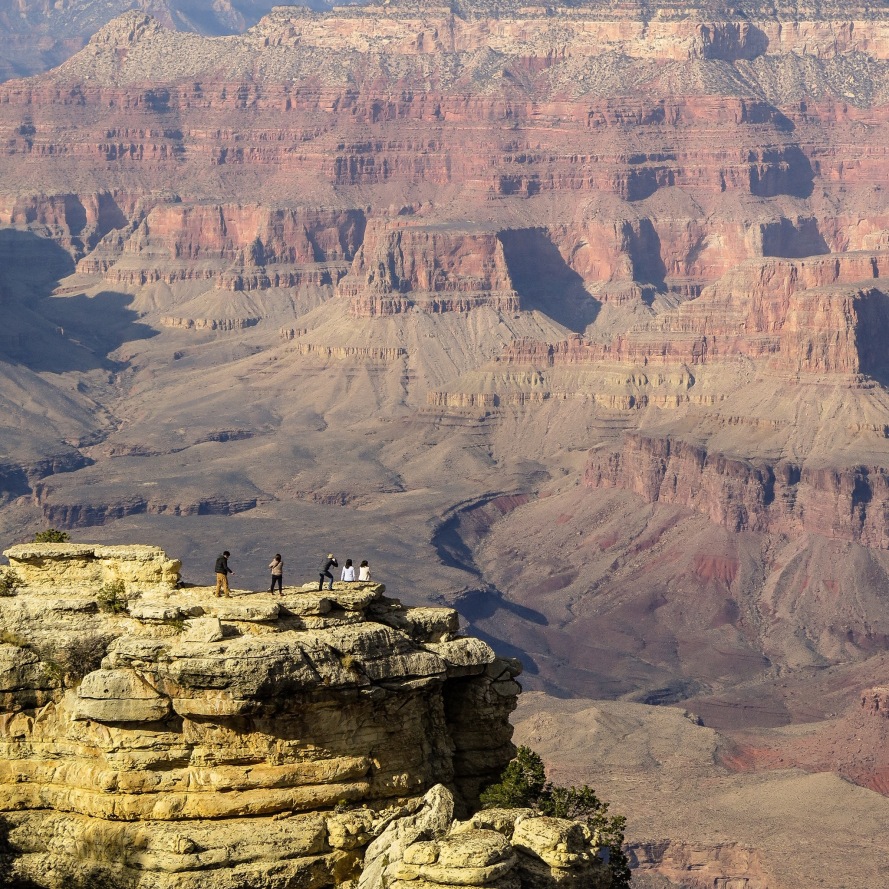 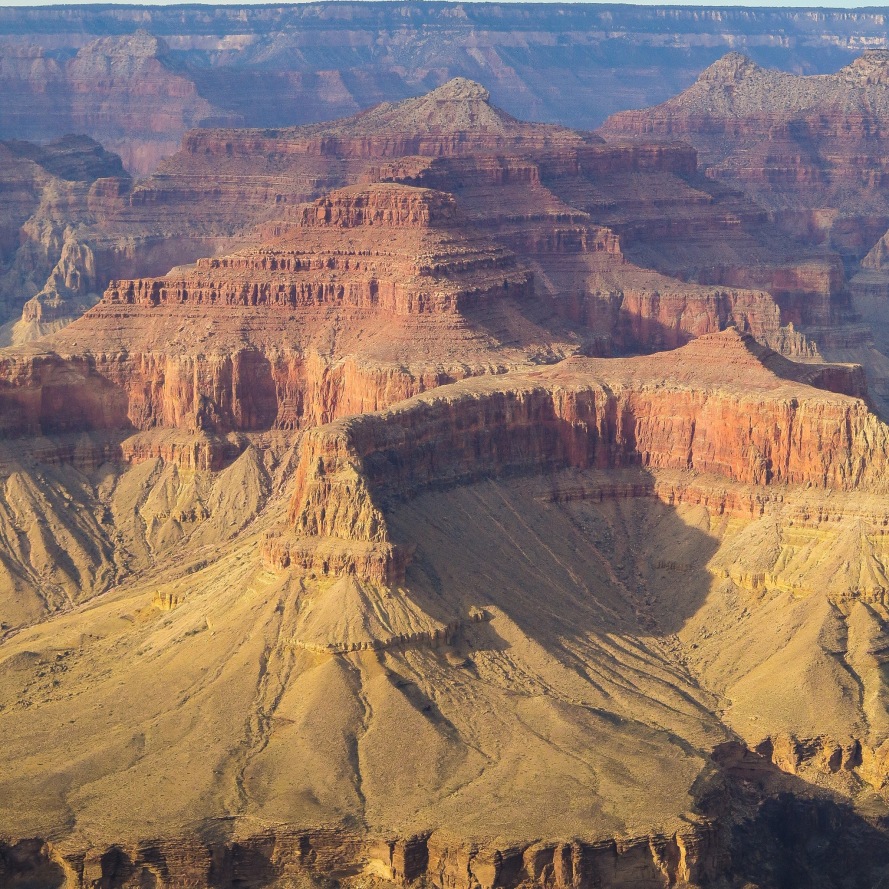 We hung around long enough to watch the sun go down over the canyon, which I definitely recommend to all who visit. The rocks change color, and the layers and depth of the canyon really pop. 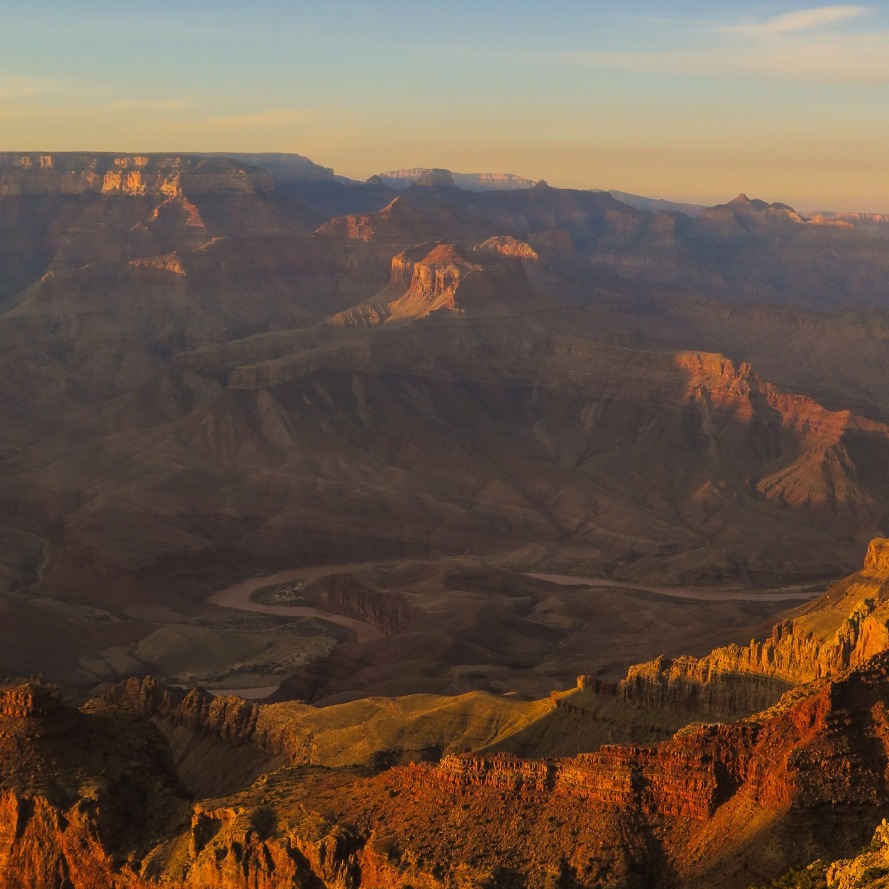 We had planned to stay the night in the classic Wigwam hotel on Route 66, but they were 90 miles away and we didn’t have enough get up and go in us to make it to Holbrock. We settled for Flagstaff instead, which made the next days drive much less rushed.

Next morning, we only had to make it 2 hours down the road to Phoenix, so we took it at a leisurely pace. Sedona, AZ sits 35 minutes south of Flagstaff, so after a delicious breakfast at the Galaxy Diner and a quick oil change for Black Betty, we drove through the Oak Creek Canyon down to Sedona. Sedona is enveloped in two very diverse environments…the Coconino National Forest and the Red Rock mountains. It’s a beautiful and unexpected combination; much like I was blown away in Oregon by the pine trees stretching to the ocean, Sedona’s red rocks, their bases covered with conifers, was equally as impressive.

Sedona is ground zero for New Agey nonesence…there is apparently a large number of energy vortexes in the surrounding area. While I can’t attest to the number of vortexes (Sedonians refuse to use the proper plural, which is vortices) I can confirm that the number of gee-gaw and crystal stores outnumber the population of the town. We wanted to wait until around 3pm for the light to soften before we took the scenic route out of town, so we had a couple of hours to kill in Sedona. The only option was to peruse the shops on the main drag, which all started to blend together after a while. To give you an idea of what we were dealing with, here’s a sign from one of the tasteful strip malls: 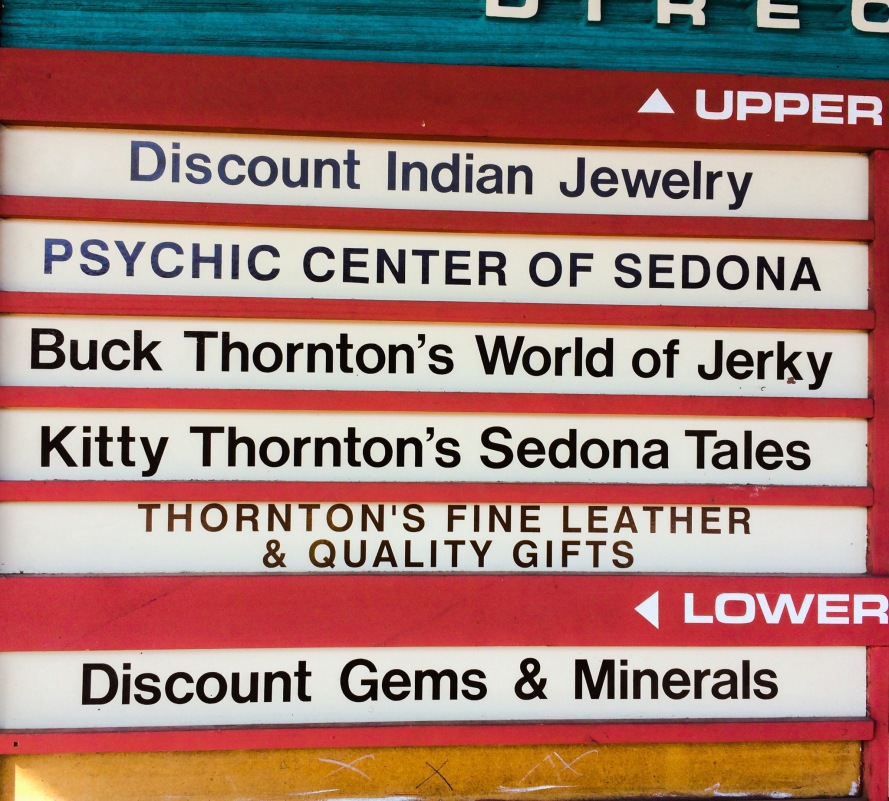 We did join Buck in his delicious world of Jerky, but didn’t stick around for the psychic readings. There was also plenty of touristy distractions. I guarantee that this is the most authentic picture ever taken at the Sedona Pizza Company. 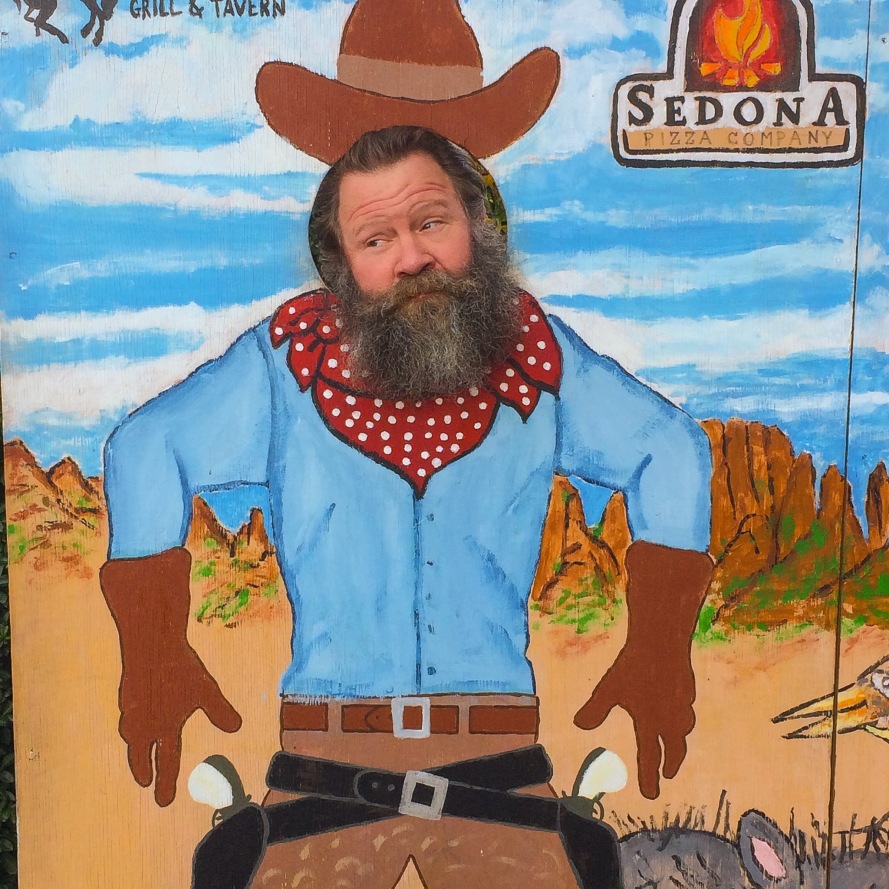 After a quick tour to the yarn shop, we were finally ready to hit Red Rock drive, a 6 mile stretch of road that winds through the giant mesas that surround Sedona. 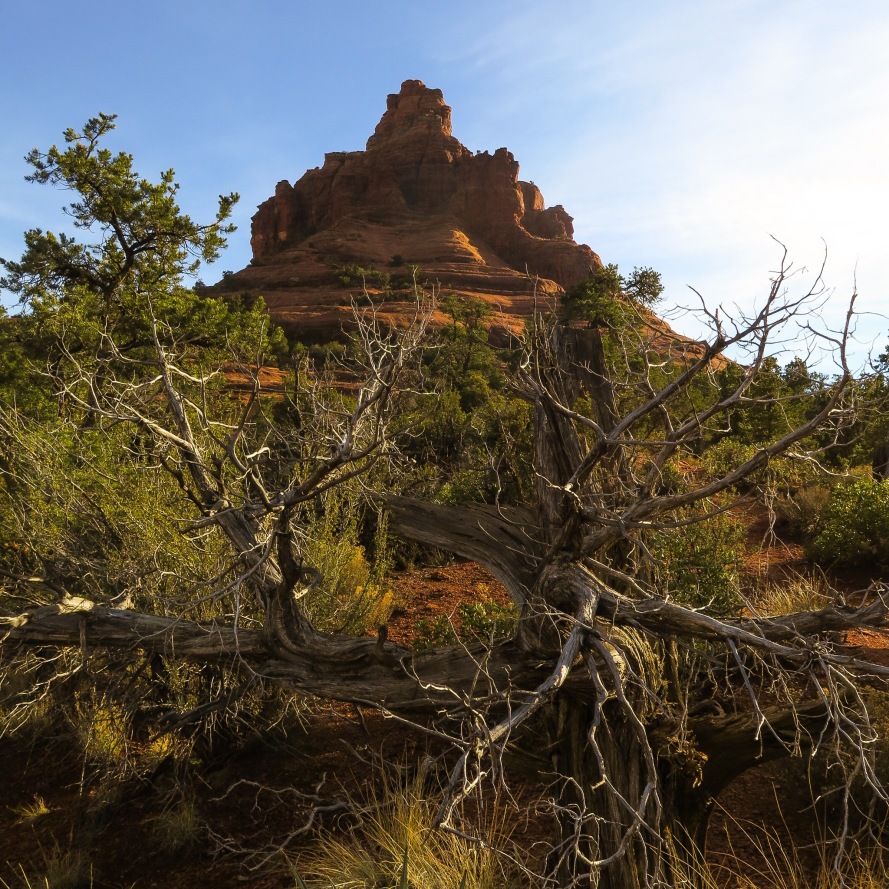 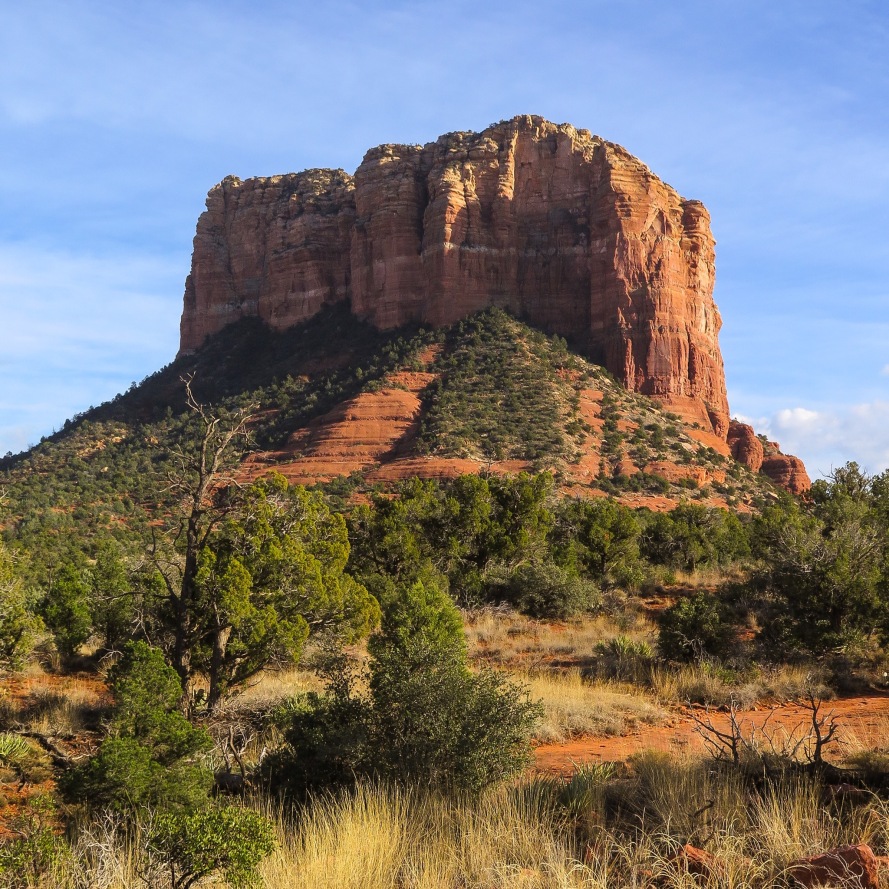 For all you Hyperlapse fans, here is the road in full:

Tonight, we are in Phoenix. John flies out tomorrow to catch his son’s graduation, while I will drive the 500 or so miles to Albuquerque, where we will meet up again after the weekend. I have a very friendly set of faces welcoming me in ABQ, which will be nice as I will definitely miss John’s company. It does however mean I get to blast out show tunes in the car, as ex-musical theater folk have a tendency to do when alone. It’s not a great trade-off, but I’ll take what I can get.