Iceland – Our Ultimate Guide to Glaciers

When we arrived last night we could kind of see the glacier in the twilight. An edge of it was peeking in under the clouds, broad and thick between two distant mountain peaks. When we got up this morning, it was still overcast, but we got to see the glacier’s edge by the light of day. It is glorious.

The farm where we stayed, by morning light. That snowy stuff you see peeking out between the mountain peaks? Glacier. YUGE glacier.

We set out to get to that spot, up close. Our journey to the glacier’s edge occurred across one of the roughest unpaved roads we have enjoyed yet, adding giant water-filled puddles to the pothole-ridden mix that we have been loving up to now. These puddles were more than just potholes filled with water; a few of them occupied virtually the entire width of the road,  requiring that I drive in the grass adjacent to the road to pass them by. Those little off-roading adventures prompted looks and warnings from my driving companion, who feared the legal repercussions of “off-roading” in Iceland. I promised to turn myself into the authorities IF I would be assured that the individual responsible for the condition of the road I was driving would also be punished. This road was a crime. In the end, we managed to get there with Jimny intact. At least, he appears to be intact. Fingers crossed that he can last the rest of the week. 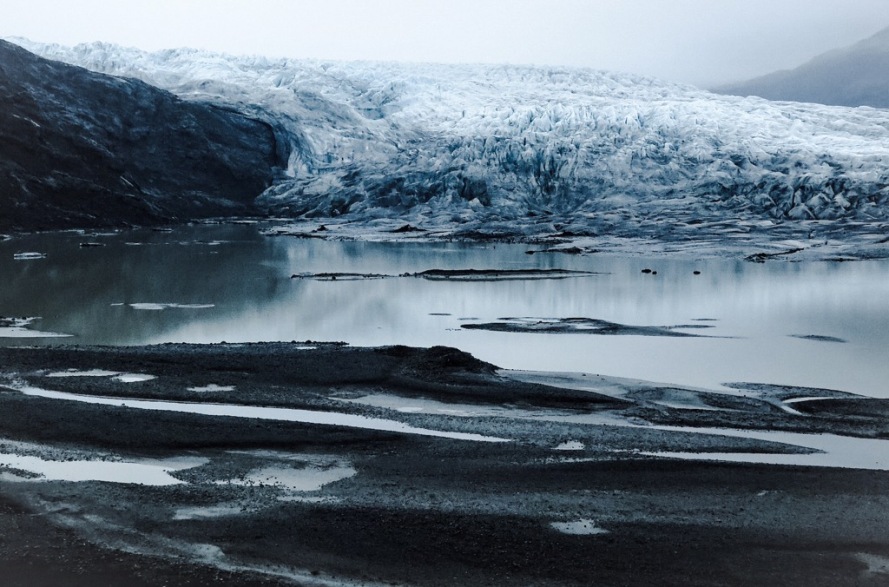 Here’s what we saw at the end of the road.

The glacier that we visited is Vatnajökull, the largest glacier on the island. Vatnajökull sits in the southeastern part of Iceland, and covers about 8% of the land area of the country. Obviously, we viewed but a tiny chunk of it, but it was thrilling. Once ya get up close, you realize just how massive it is.

Imagine something sitting between two mountains that basically takes up most of the space in between them, as if it was a massive amount of cooling cake batter that was just poured in there. Then you look at the river that sits between you and the glacier itself, and realize that it’s roaring stream is made up of the water that is melting off of the glacier. Pretty cool.

Our other major destination today was a few kilometers down the road, at a spot adjacent to another section of the massive Vatnajökull. Here was witnessed the flow of small icebergs that are icy chunks of the glacier that have melted and fallen off, drifting down a short glacier river into the Norwegian Sea. Along the way they drift and turn, sometimes crashing into each other, further decomposing as they move along.

These nano-bergs appear in a variety of colors and an infinite number of shapes. 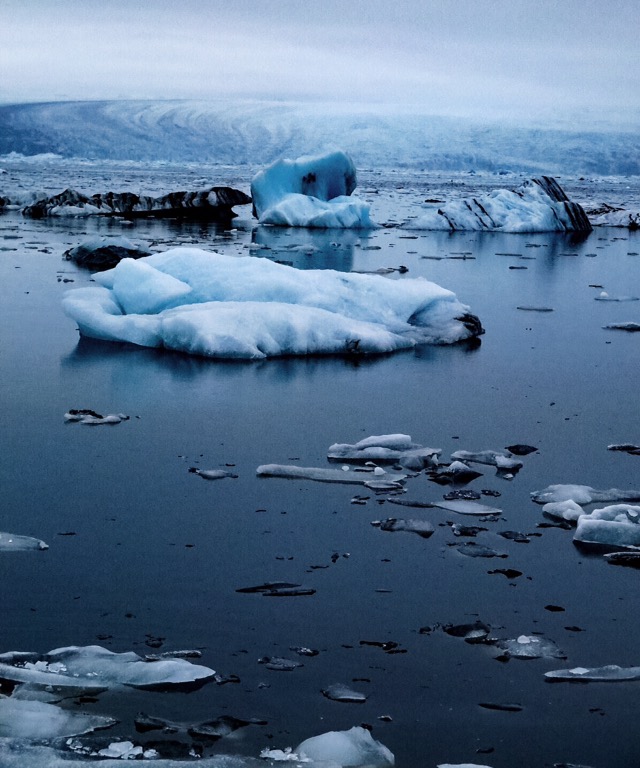 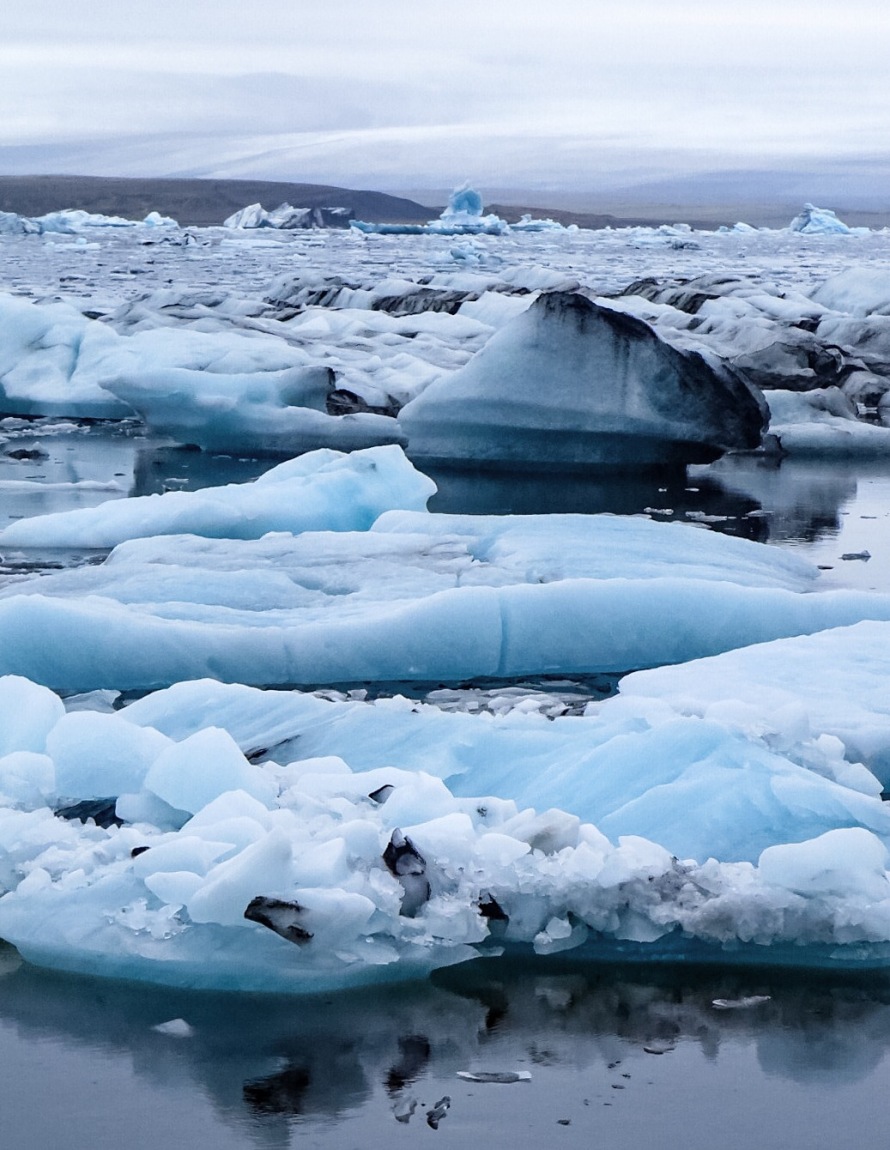 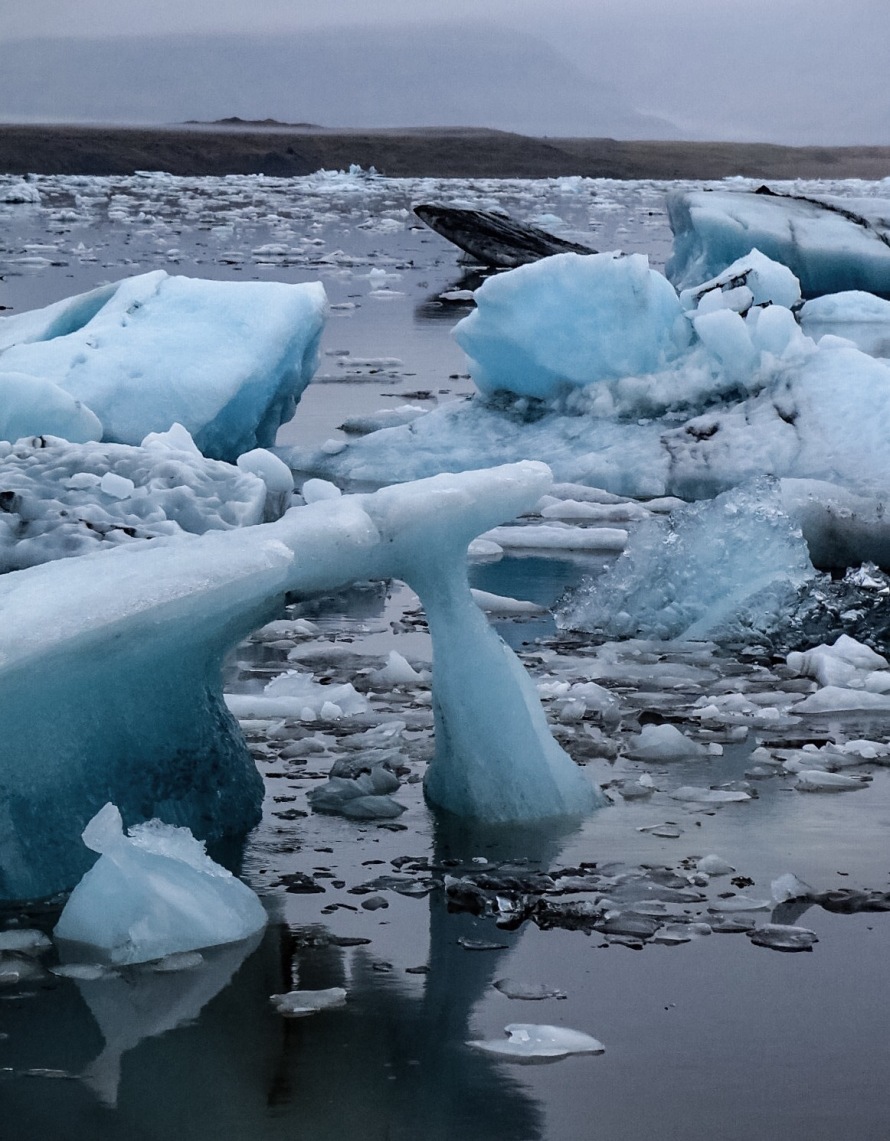 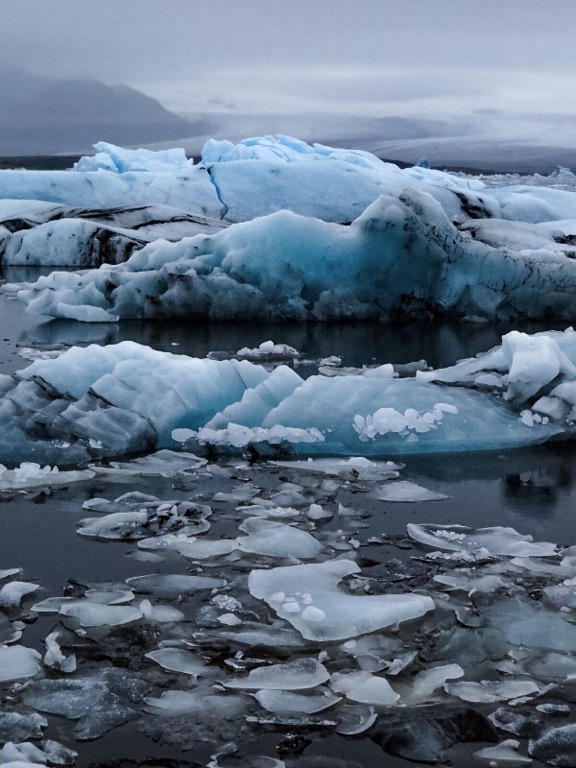 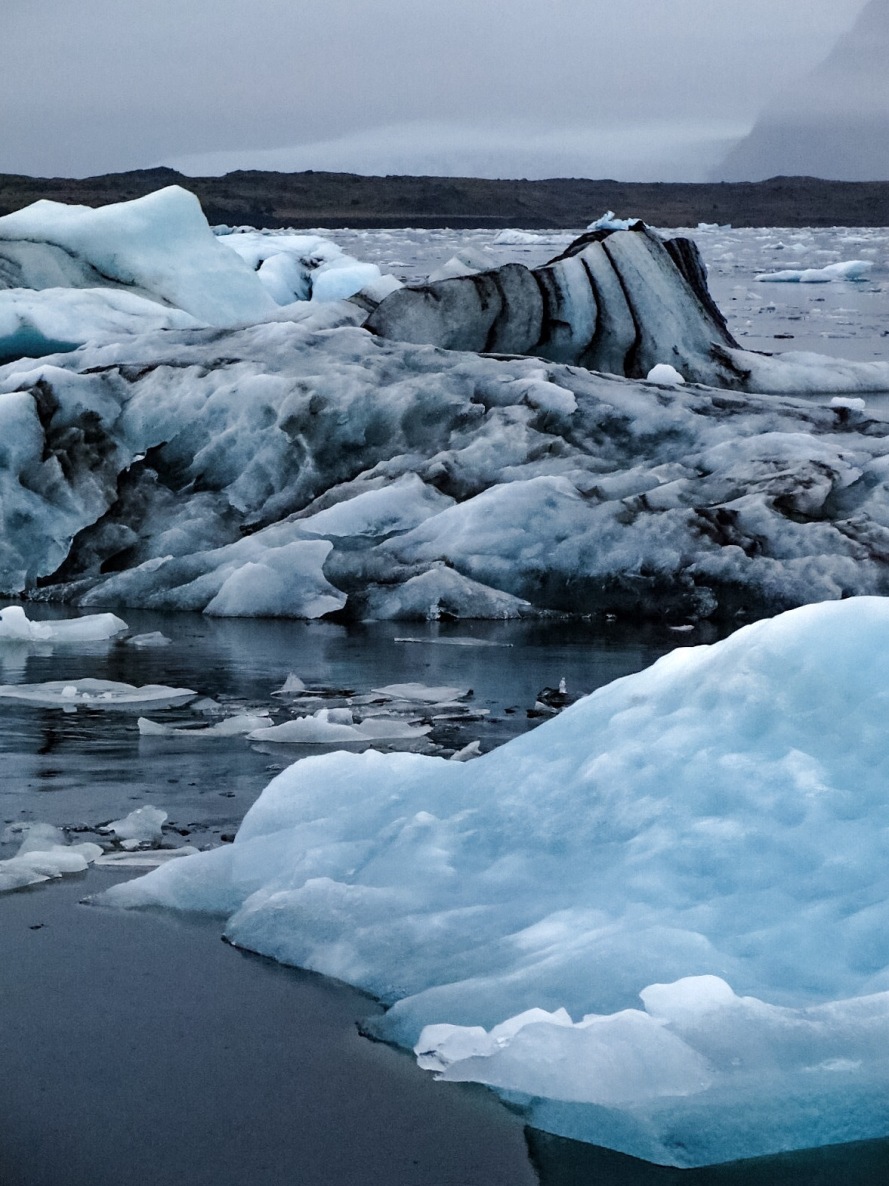 We walked the beach from the Jökulsárlón bay to its mouth, where these ice floes are disgorged into the sea. 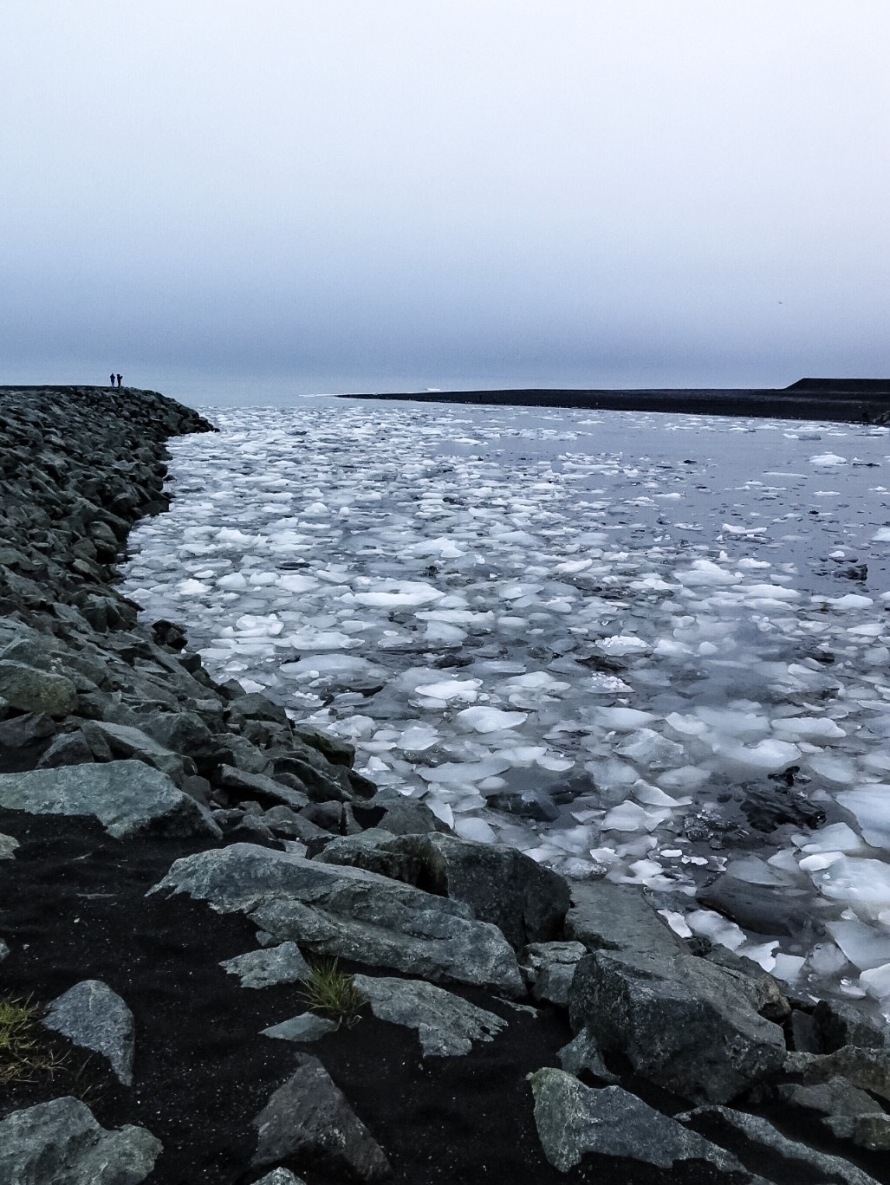 The volcanic black sands of the beach are littered with ice fragments that have washed ashore. Watching this process was akin to watching a bonfire burn; it’s inexplicably fascinating and infinitely watchable. 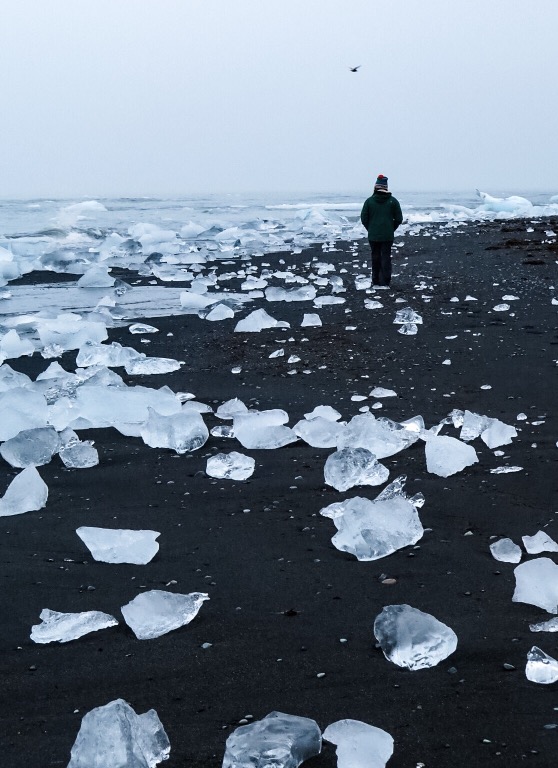 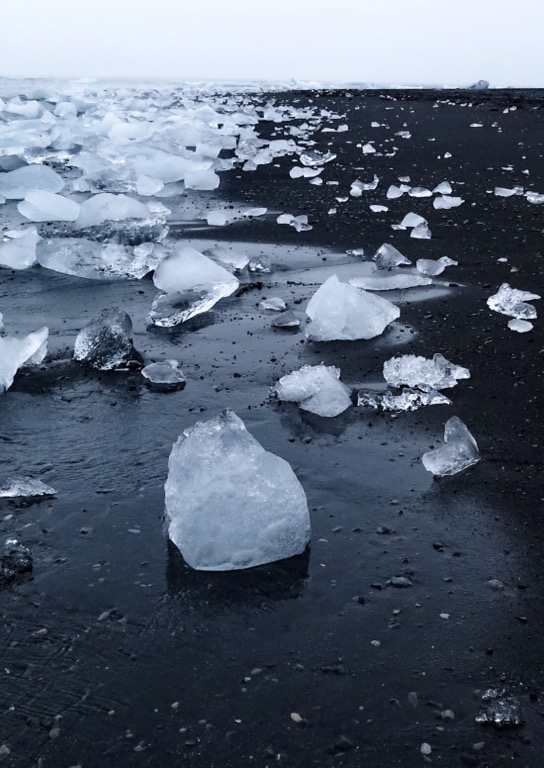 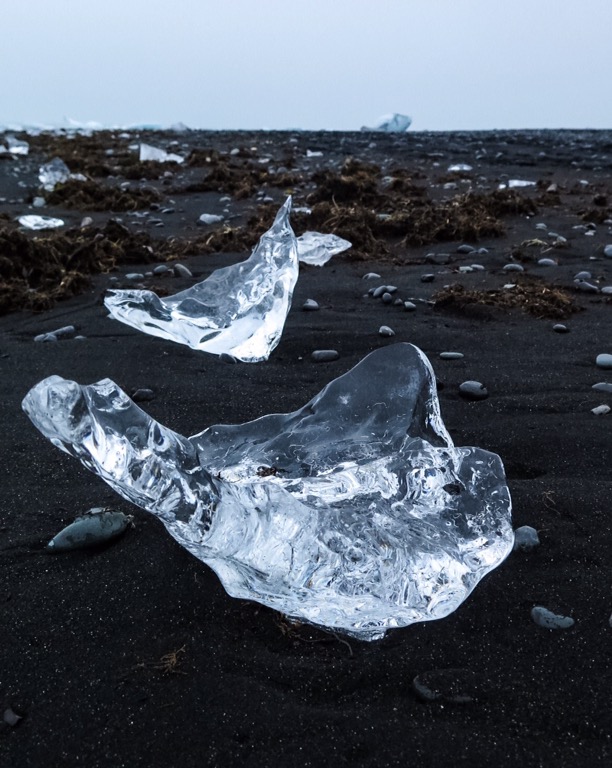 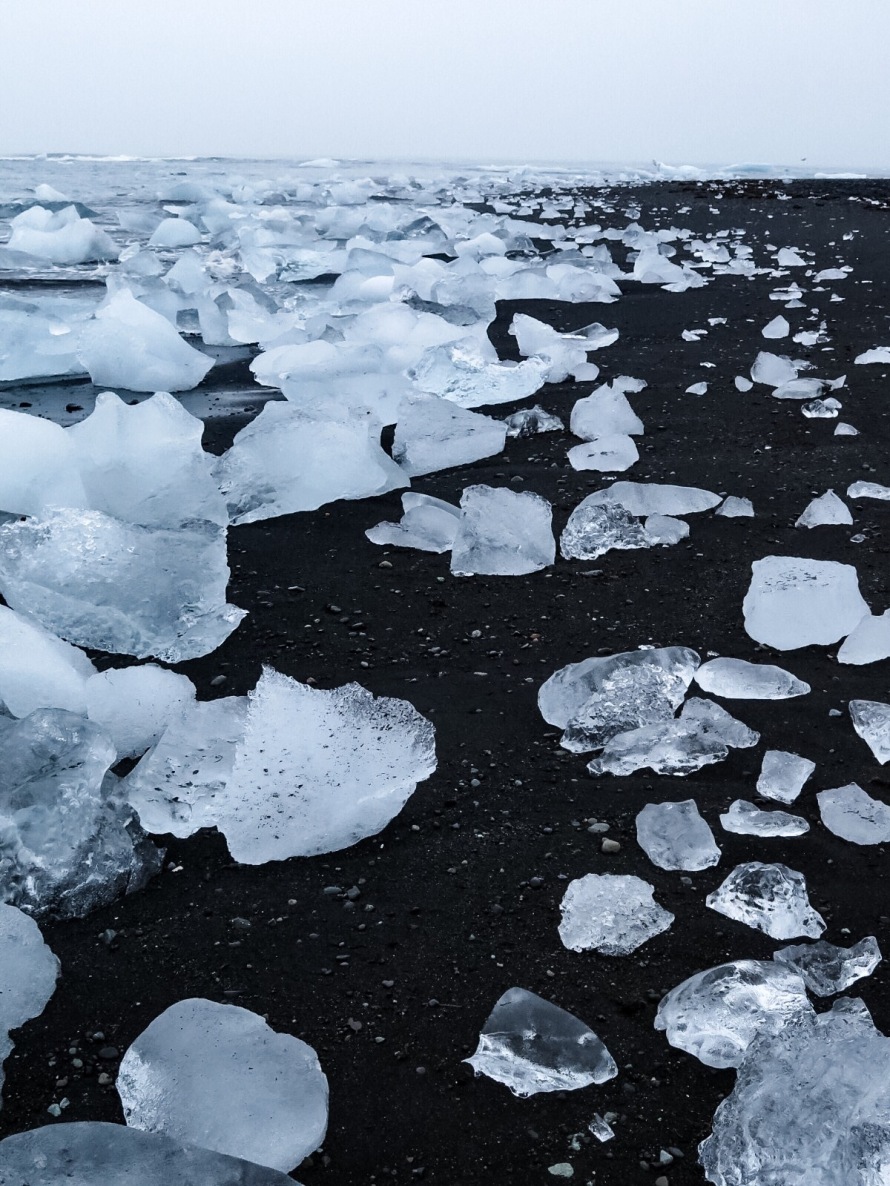 It was a quiet day studying the sublime beauty of icebergs and glaciers. Both are beautiful, majestic, and unexpectedly fascinating. In brief, here are a few glacier facts that we have learned in our travels, that may be of interest to you. 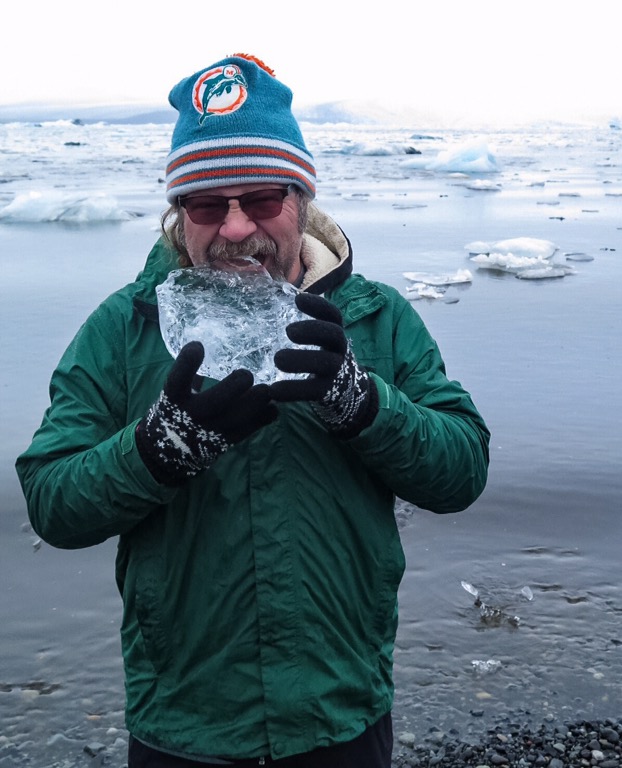 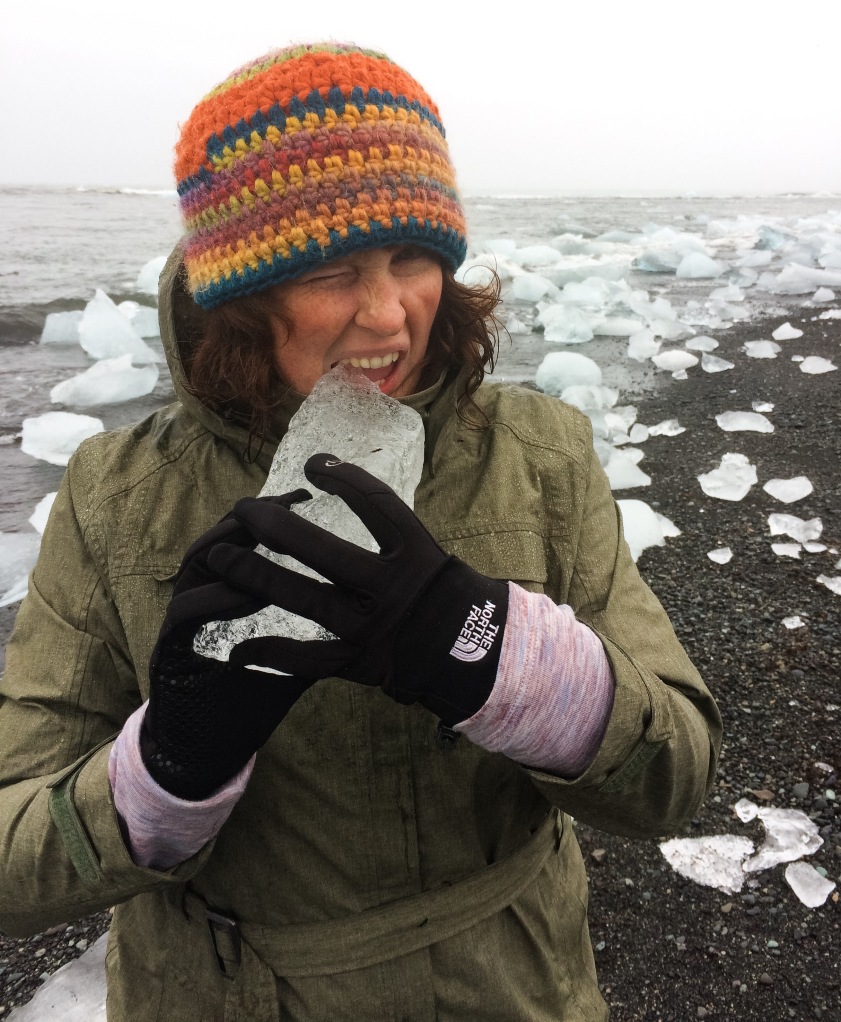 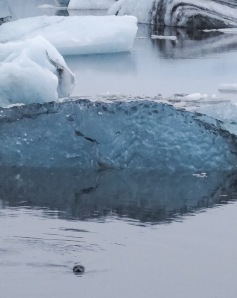 We saw this little seal today patrolling the waters around the ice floes, looking for opportunities to assist. 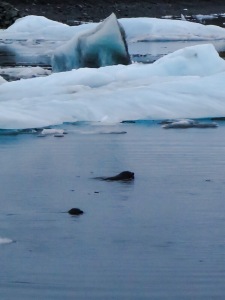 I think that’s all for today, but we’ll be back soon. Remember our credo here at 365…all facts documented here are accurate or your money back! 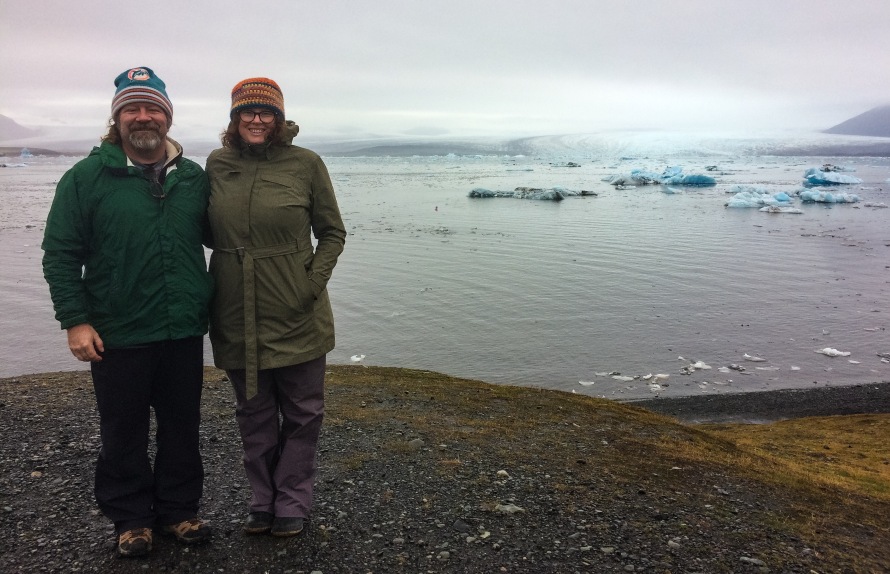